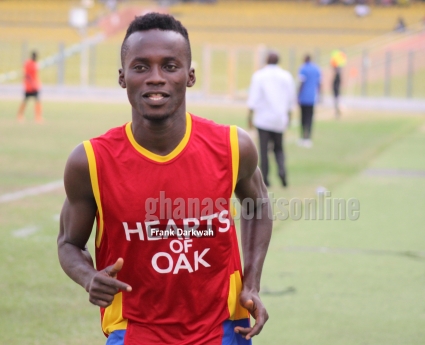 Hearts of Oak striker Bright Lukman has vowed to work hard to break into the starting line up of the team. The former Ebusua Dwarfs forward admitted his worry of lack of playing time since joining the club ahead of the season. Lukman has appeared for the Phobians as a substitute on three occasions and is yet to make his full debut. In an interview, the 23-year-old said "It is a little bit worrying when you are not getting game time, but as a player you just need to work hard". "I will do my best and work very hard so I break into the starting team, there are very good players in the team and so all you need to do is to keep working hard," he added.