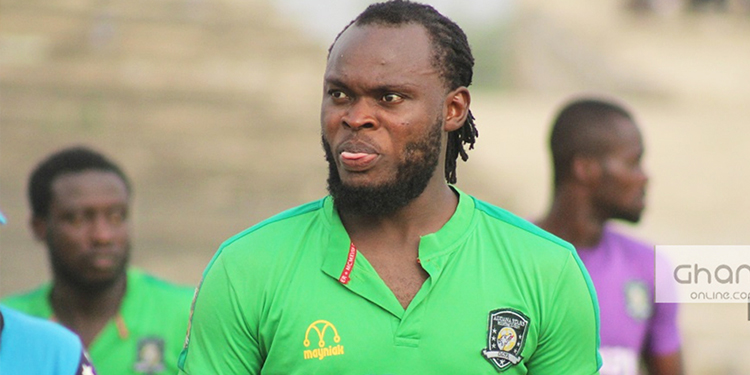 Aduana Stars striker Yahaya Mohammed says he really misses the 2019/20 Ghana Premier League after it was suspended by the Ghana Football Association due to the outbreak of the coronavirus pandemic.

The 32-year-old has been in fine form this term scoring 12 goals and tied at the summit of the goal-king chart with Inter Allies skipper Victorien Adebayor.

As part of precautionary measures to prevent the spread of the disease, all football activities have been suspended until further including the league in the country.

"I really miss the league but still move vim," he posted on Twitter.

He has propelled Aduana Stars to the top of the league table with 28 points after 15 matches played thus far.

His impressive performances for the league leaders earned him his debut Black Stars call-up for the 2021 AFCON qualifiers against Sudan, but the game was canceled because of the coronavirus outbreak.

The deadly virus has infected more than 400,000 persons around the world, killing nearly 20,000 and bringing the whole world to a near standstill.

Ghana has confirmed 52 cases of coronavirus and two deaths so far.