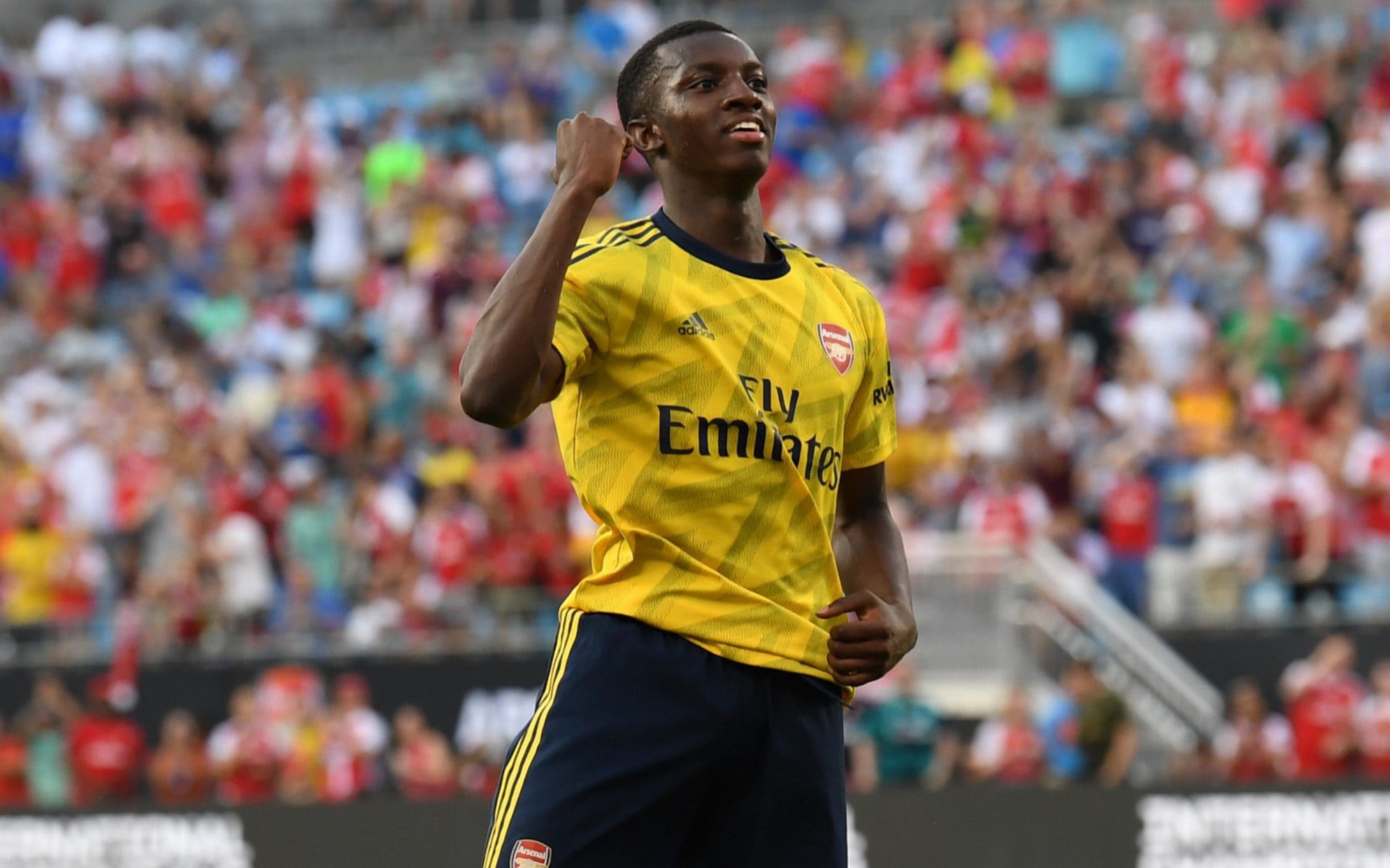 Arsenal striker Eddie Nketiah revealed the he felt some uncertainty from the Southampton goalkeeper and that helped him score a goal.

The 21 year old was gifted possession by the opposition goalkeeper and he made no mistake with the finish. Joe Willock scored the other goal. Arsenal managed to earn a 2-0 win over the Saints who were forced to play with ten men in the final moments.

"We work a lot on the high press and did that really well today. For me, personally, I always try to give my all for the team," he told the media after the match.

"Things like that, I could just smell a bit of uncertainty from the goalkeeper and I kept following in. I’ve done that hundreds of times so it’s nice that one of them leads to a goal."

Eddie Nketiah has scored two goals for Arsenal in the Premier League this season after eight appearances.