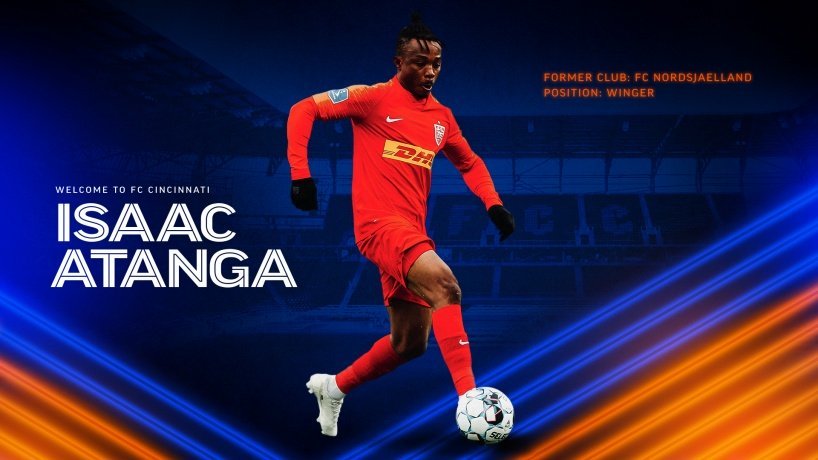 Ghanaian youngster, Isaac Atanga says his goal after sealing a move to FC Cincinnati is to achieve greatness with the club.

Anxious to start the new chapter of his career in the United States of America, Isaac Atanga says he is not looking back because he is delighted with the decision to play in the MLS.

According to the 20-year-old, he was not motivated by the lifestyle in the States but the aim to achieve greatness with FC Cincinnati.

“My expectation with FC Cincinnati is to achieve greatness. I'm going to give everything in my power to help them.

“The American lifestyle didn't play a part in my decision to move to MLS, it's a very interesting league and I want to also be part,” the attacker told BBC Sport Africa in an interview.

Atanga in the past played for Right to Dream Academy. He is hugely talented and tipped to develop into an even better player in the next few years.