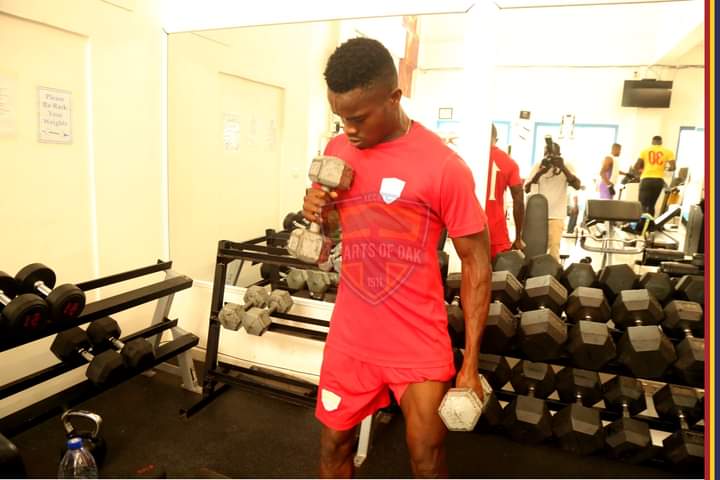 Youngster Kwadwo Obeng Jnr says he wants to give his best performance for Hearts of Oak next season.

The attacker sustained an injury last season and missed a number of matches prior to the suspension and subsequent cancelation of the Ghana Premier League campaign.

Now back to full fitness, Kwadwo Obeng Jnr says he is anxious to deliver his best performance for the Phobians when the new season commences.

“I am eager to perform at my very best for this football club and, I am particularly grateful to the board, management, and technical team for the support they have shown me even during my most difficult period when I was injured”, he told Hearts News in an interview.

The forward added, “Hopefully, the coming season will see me fulfilling that promise that I have carried since signing for Hearts of Oak and, I am preparing myself very well for the start of the new season.”

Meanwhile, Obeng Jnr has been backed by his manager Edward Nii Odoom to be an important asset for Hearts in the upcoming football season.