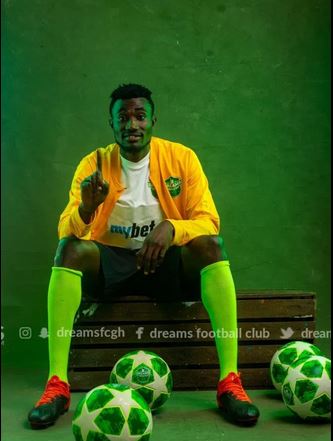 After signing for Dreams FC this week the forward Agyenim Boateng has revealed his goals for the upcoming season.

“I have a simple target, to score goals and to win the goal king at the end of the season,"

"I was scoring goals in Divison One and I am here to continue that. I also want to help the club win trophies and put smiles on the faces of the fans,"

He is the 5th signing for Dreams FC in the ongoing transfer window.