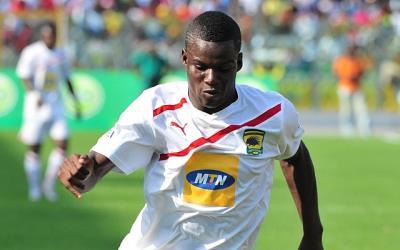 Burkinabe international Ahmed Touré has noted that he was never scared by any player during his time in the Ghana Premier League.

The striker has a name in the Ghanaian top-flight after excelling for record champions Asante Kotoko as well as Bechem United.

Now 32-years of age, the former captain for Ivorian side ASEC Mimosa has stressed that he always had his way with defenders during his time in the Ghana Premier League.

Speaking to Kumasi-based Fox FM, Ahmed Toure said that he admits there were some tough defenders that he came up against but they never scared him because he always managed to pass by them to score.

In his time at Bechem United, the forward made 25 appearances while finding the back of the net 13 times.

At Kotoko, Toure equally impressed after netting 12 goals in 28 appearances for the Porcupine Warriors. In that very 2011/2012 season, the Burkinabe international was named the best players of the campaign.