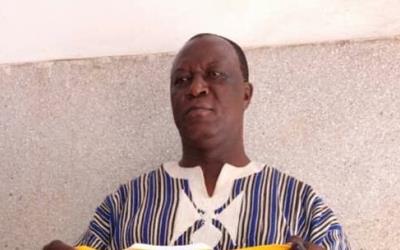 Former General Manager for Techiman Eleven Wonders, Takyi Arhin has revealed that he was paid GHS50 by the club after every home game.

The football administrator was appointed as the General Manager of the Ghana Premier League side in 2017 and worked with them for 2 years.

Last year, he was shown the exit door with an official club announcement explaining that "the unilateral decision was taken by the Board of Directors".

A year on, Takyi Arhin has opened up to tell his story on why he left the club. According to him, salary issues forced him to leave the General Manager position.

"I was receiving GHS50, as a general manager of Techiman 11Wonders,

“Salaries issues were the main reason I left eleven wonders. They were giving me GhS50 as the general manager after home matches”, he told Nimde3 FM.

He added, "They were treating me like a national service personnel".

Currently not attached to any club, Takyi Arhin is serving on the Black Stars B management committee team.