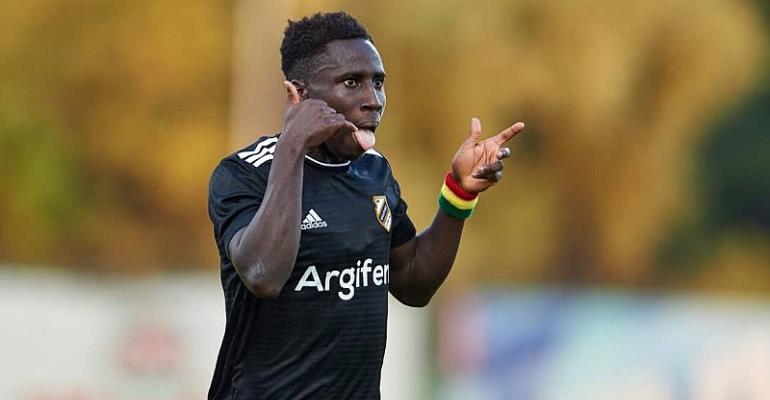 Ghana international, Samuel Owusu has revealed that he was racially abused during his days in Serbia.

In August 2017, Owusu returned to Serbia and joined Čukarički, penning a three-year contract and receiving the number 19 shirt.

He scored four times in 30 games during the 2017–18 Serbian SuperLiga.

In the following 2018–19 season, Owusu scored seven goals and helped the club earn a spot in UEFA competitions after three years.

The Saudi-based player made this known during a zoom virtual meeting hosted by his boyhood club Vision FC over the weekend.

According to the Al-Fayha winger, he was abused during his days with Čukarički.

"Yes, I have been racially abused on a few occasions especially during my playing days in Serbia," he said.

"It is obviously an unpleasant experience and you need that mental toughness to overcome it."