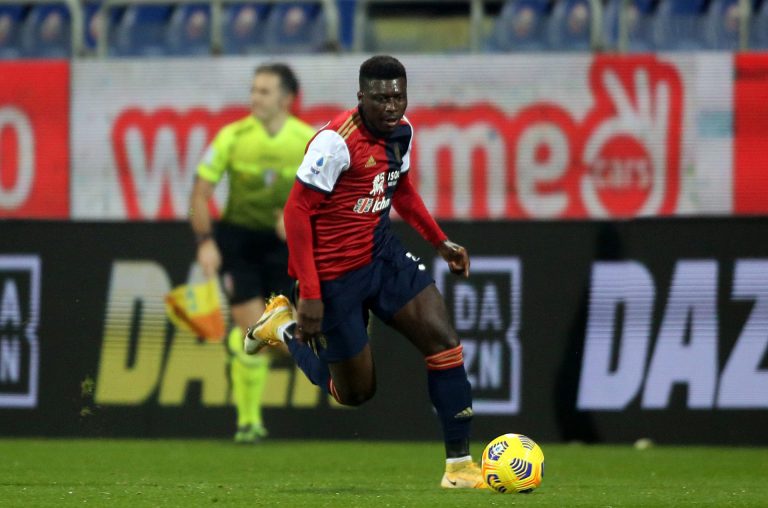 Ghana midfielder Alfred Duncan says he feels wanted at Serie A side Cagliari after joining them from Fiorentina to Cagliari in the on-going winter transfer window.

Duncan penned a six-month loan deal with The Islanders on Sunday, making his debut just a day later in a 2-0 loss to AC Milan.

The transfer includes an option of a permanent move at the end of the season.

"I was wanted. They made me feel important, that gave me an extra boost," the 27-year-old said.

"I wanted to work with a coach who knows my flaws and who can help me.

He added, "The coach can help me improve and I can learn a lot from my teammates".

"The past few months have made me feel bad. I want redemption."

He made only four league appearances for Fiorentina during the first half of the season, having joined the club from Sassuolo in January last year.

Duncan, who has played all his career in Italy, has also previously featured for Sampdoria and Livorno.