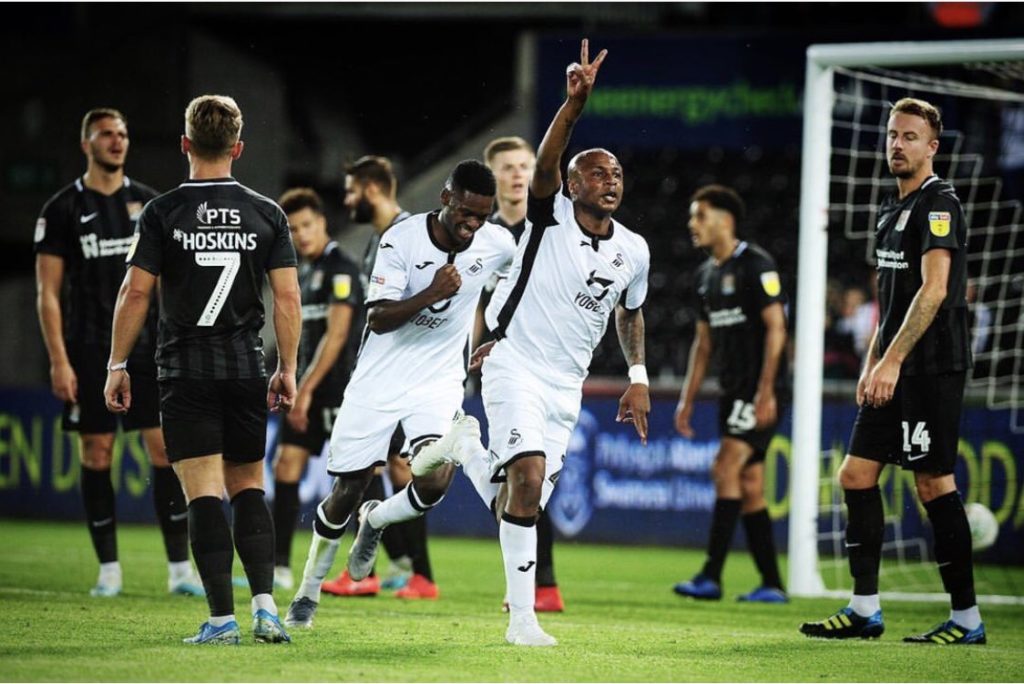 Ghanaian international, Andre Dede Ayew has reiterated his readiness to play for English Championship side Swansea City despite the uncertainty surrounding his future.

The Ghanaians return to the side after representing the Black Stars at the 2019 Africa Cup of Nations (AFCON) tournament has been met with uncertainties following transfer speculations that have linked him to clubs in France and Turkey.

He was, however, given assurance of playing a part in the season of the Swans when he was handed playing time in the club’s Carabao cup match against Northampton.

He took advantage and put up an impressive performance to help the side progress into the second round of the cup competition. He inspired a comeback and ended up bagging a brace.

Speaking in a post-match interview, Ayew has stressed that he is bent on working hard to stay fit to ensure he enjoys more action.

According to him, he will have no problem staying with the Championship side this season and is ready to give his all whenever he is called upon.

“A lot of things have been said but, for me, what's important is to work hard, try to get to full fitness and, if I'm here, go for it”, Dede Ayew said.

The Black Stars captain continues to be linked with a move to Olympic Marseille and Fenerbahçe S.K.