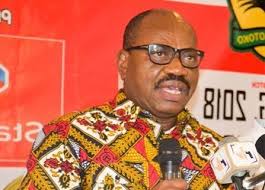 Asante Kotoko yesterday paid George Amoako five-month salary arrears after months of speculation and the King Faisal Chief Executive Officer says he will give out some as a donation.

“It is true Kotoko has paid all my arrears, however, I will donate some arrears paid to Orphanage home at my hometown,”

“My last stint with Kotoko was hell. We mostly relied on an individual decision which never paved the way for progress in the club,” he added.

King Faisal hired the experienced football administrator this year after he left the Porcupine Warriors.