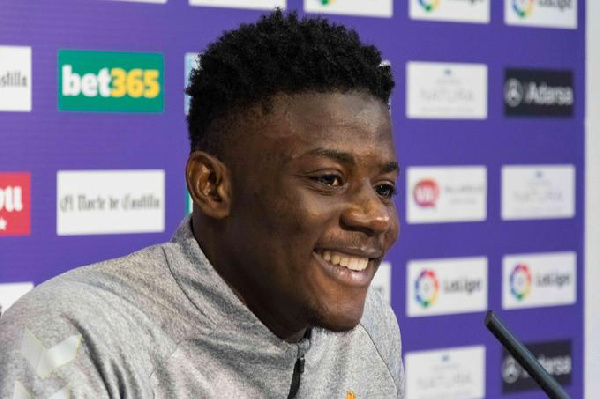 After sealing his transfer to Southampton, Mohammed Salisu has pledged to give his all to the team to help the side achieve its goals.

The 21-year-old Ghanaian international has today been announced as the new signing of the English Premier League club for a fee of 10.9 Million Pounds.

Speaking in his first interview, Mohammed Salius has expressed his delight and says he looks forward to starting the new chapter in his career.

“It is a very good feeling to be a Southampton player. I am very happy to be part of the club and I am looking forward to starting here", the defender said as quoted on the club's official website.

He continued, “Southampton is a club with a very rich history in developing young players, so it is a very good club for me to develop my skills and to learn a lot as a young player.

“I know that the team expects a lot from me and I’m going to try to give all I can to help the team.”

Salisu has inked a 4-year deal and will be expected to play a key role for his team in the upcoming season.