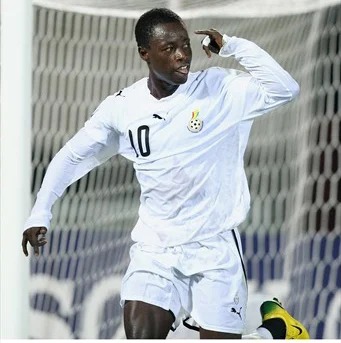 Former Ghana U-17 star, Ransford Osei has stated that he will not allow his child to play for Ghana if he chooses football as a career.

The 30-year-old despite achieving a lot at the youth level while playing for Ghana disclosed that he will not allow his kid to follow his footsteps, revealing that national team appearance is about giving something to get something which he is not ready to do.

"Should my child decide to play football, then I’ll not allow him to play for Ghana…you have to give something to get something.

"So why should I allow him to play for the Black Stars?,” he said in an interview with Humble Ike on YouTube.

Meanwhile, the former U-20 FIFA World Cup winner has hanged his boots at age 30 and is not interested in coaching because of the stress it comes with.

Osei, who last played for Lithuanian side FK Palanga, which was his 11th professional club, rose to prominence in 2009 when he led the Ghana U-20 team to glory in the Africa Cup of Nations and World Cup.