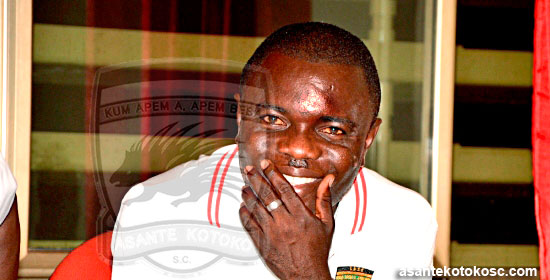 Deputy Greater Accra representative for Kumasi Asante Kotoko, Nana Kwame Dankwah has indicated that he will resign from his post if midfielder Jordan Opoku is able to mention one thing he has done to sabotage the club.

The dare comes on the back of the scattering attack the veteran midfielder made against him and his boss Edmund Ackah on Thursday.

According to the player, the two representatives of the club are part of the reason why he has been asked to start looking for a different club because his contract which ends in December will not be renewed. He opined that the two are part of the cause of the club's woes.

Responding to the allegations in an interview with Oyerepa FM, Nana Kwame Dankwah has denied all the allegations and has indicated that he will resign from his position at the club if Jordan Opoku is able to name one thing he has done to derail the progress of the Kumasi based side.

“Jordan Opoku's comments about me are rather unfortunate, once I am part of management, every decision taken binds. On countless occasions I have defended Jordan Opoku at management level that he should be allowed to stay but mine can't be final”, he said.

Nana Kwame added, “But if Jordan says I and Edmund Ackah are behind his exit, I have nothing to tell him. I have defended this player time without number. I single-handedly defended him when all odds were against him.

“Should Jordan be able to mention one single thing I have done to Sabotage Kotoko's progress, I will resign. Just one thing and I will bow out”.