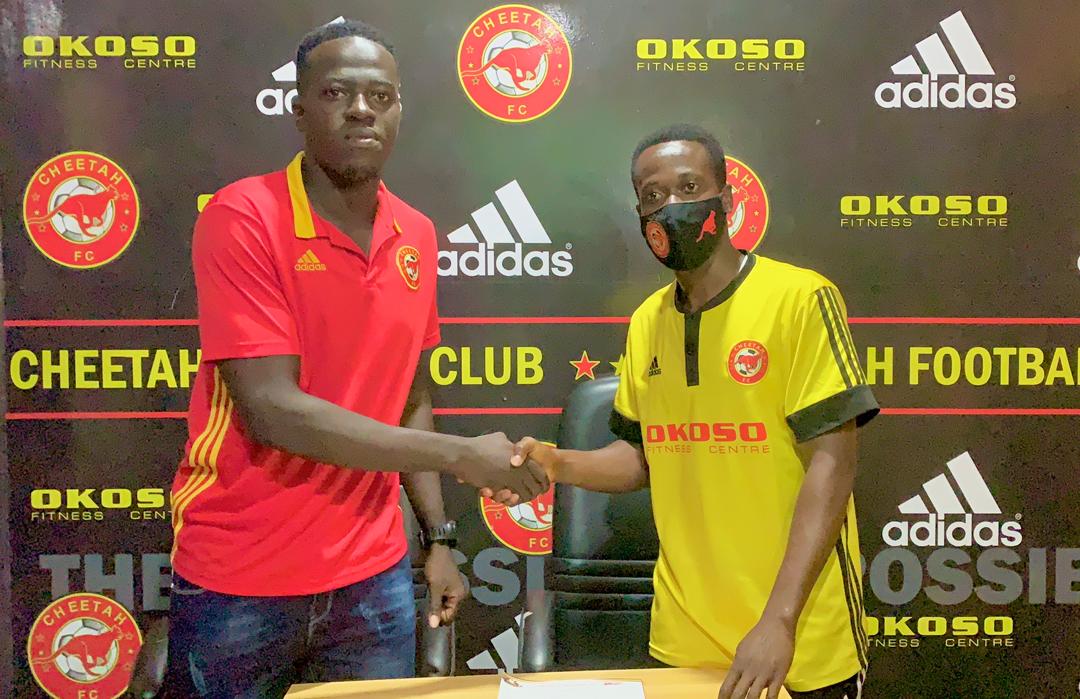 Cheetah FC's new signing, Abdulai Slimba has stressed that he will work hard to ensure he achieves his goals.

The teenager has today been unveiled as the latest acquisition of the Division 2 League club ahead of the next football season.

An official statement on the signing of the player has said: “Cheetah FC has augmented its defense ahead of the 2020/2021 football season with the signing of Abdulai Slimba from Cape Coast division one side, Venomous Vipers FC on a three-year contract for an undisclosed amount”.

Speaking in an interview, the 17-year old defender has revealed how he has been admiring Cheetah FC from afar as he indicates that he joined the side because of the opportunities it affords young players.

“I decided to join Cheetah FC, though it’s a division 2 club, because of the opportunities I believe are available for young players like me.

“From afar, I have been monitoring Cheetah FC for a very long time and it has been my dream to join the club. We thank Allah Almighty for this day. I am enthused at how the president Mr. Yartey is managing the club and how he is working with the players”, Abdulai Slimba said.

He added, “Christian Atsu was playing for a division one club, Feyenoord and came down to a division two side, Cheetah FC and we all saw how his career turned out. For me, recently, as a young player it is not about the level of the league you play but the level of opportunities available to you at a club whiles you develop your young career.

“All I can say for now is joining Cheetah FC is a dream come true and as a player, I will work tirelessly to accomplish my purpose of joining the team.”