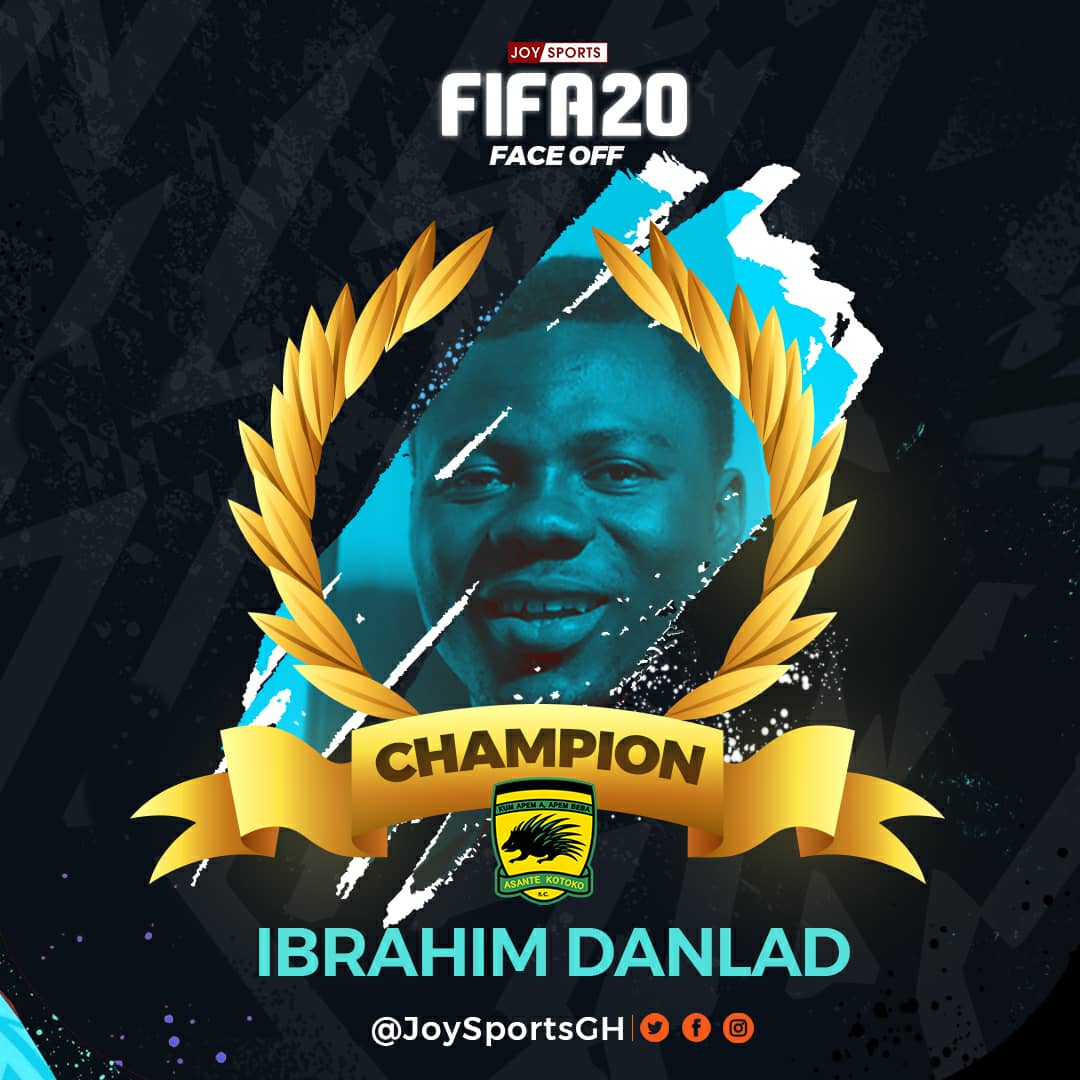 Danlad traveled from Kumasi to Accra to face his opposite number and beat him in the best-of-five series. The Porcupine Warrior won three games and Attah won one.

In the first game, Danlad opted for Juventus and Attah went for Messi's Barcelona. The game ended 1-1. In the second and third games, Danlad got right to work, recording back-to-back victories (3-2 and 3-0) with some thrash talking to match.

Attah realized the need to change and he went for 2019 Champions League winners Liverpool. The choice proved to be a shrewd one as he recorded a resounding 4-1 victory over Danlad's Juventus.

Danlad, however, made a response. He chose PSG to combat Attah's Liverpool and was rewarded with a 2-1 victory with some bragging rights as he made his way back to Kumasi.

Before the headliner began, there was an exhibition between two popular twitter figures namely;Asiedu Mends (username: @Mempeasem) and KalyJay (username: @gyaigyimii).

Mends won the first match with a 4-2 result but KalyJay replied with a 6-1 victory in the second match.

The competition, hosted by Joy Sports, is the first Esports competition done by a major media house in Ghana.

The Joy Sports team is expected to come up with more events in the near future.