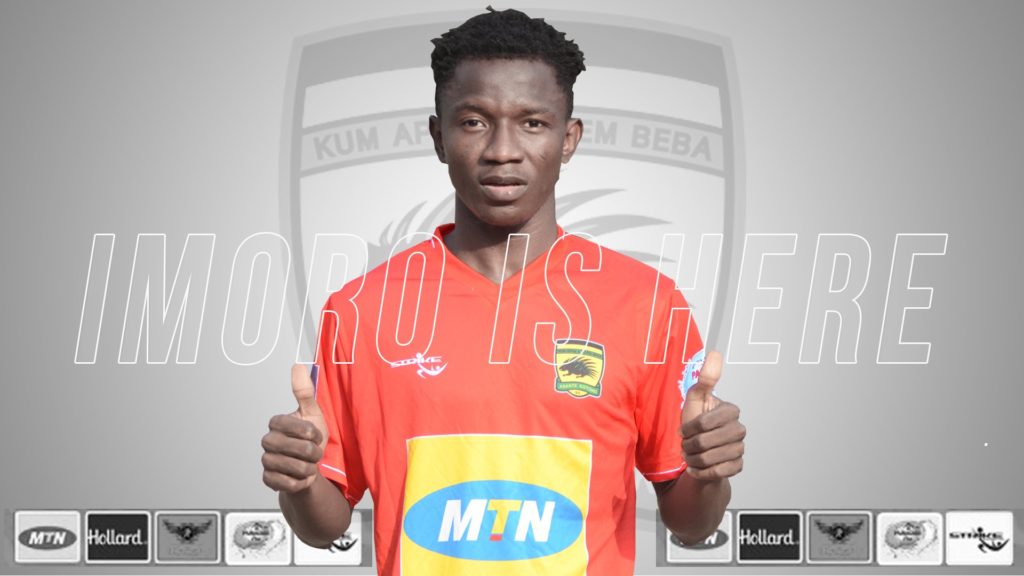 The head coach has benched striker Patrick Yeboah who started in the 1-0 win over Eleven Wonders at Baba Yara on last Sunday for the midfeilder Ibrahim Imoro.

Captain Felix Annan remains between the post and with support by centre back defenders Emmanuel Agyemang Badu and Empem Dacosta with Christopher Nattey as right back.

The three-man midfield is made up of Salifu Mudasiru, Justice Blay and Collins Attack.

Burkinabe Songne Yacouba is the target man up front and will be supported by Emmanuel Gyamfi and Augustine Okrah.

The match will be played at the Accra Sports Stadium and kick off is at 6pm.