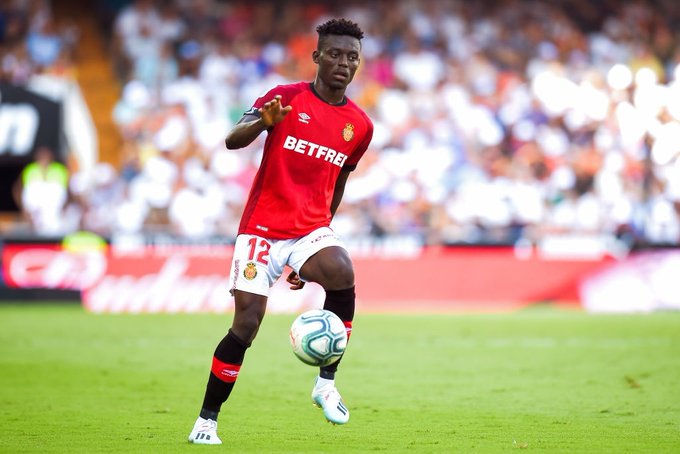 Ghana midfielder Iddrisu Baba has set his sights on achieving new heights with the Black Stars by winning a trophy.

The last time Ghana won the Africa Cup of Nations was in 1982 and has since appeared to three finals.

Baba earned his debut call-up for the Black Stars in 2019 and went on to feature in his first game against South Africa.

The combative midfielder has since managed two more games under his belt becoming a popular figure in the middle of the park.

At 25 years, Baba wants to move to the next level and compete for a trophy with the national team as well as his club.

“I’m looking forward to another level to getting to another level in my career. I want to either win a trophy or at least get to the finals of the Africa Cup of Nations. I also want to achieve something with my club [Mallorca] or whichever club I find myself.”

The Mallorca midfielder was speaking on Tornarem, an independent podcast on Spanish side Real Mallorca.

Episode 50 of the podcast was a special feature on Iddrisu Baba: The Black Stars’ Rising Star.

You can listen to the full episode here.

Baba has made three appearances for the Black Stars, winning all three so far.