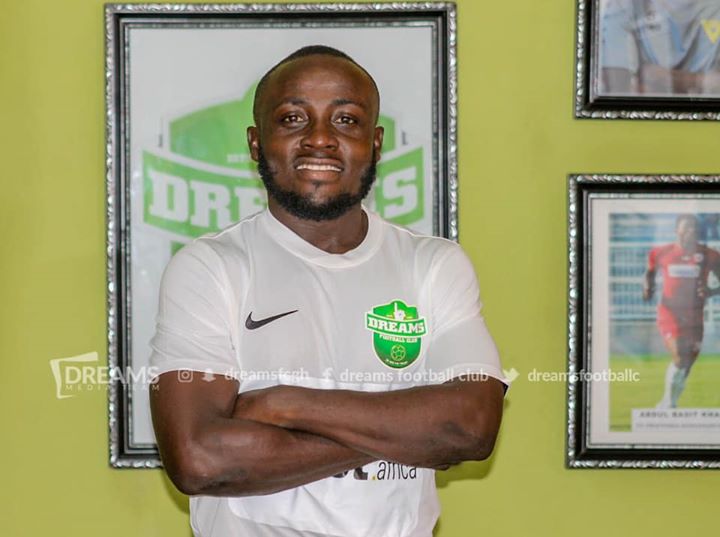 Dreams FC striker Abel Manomey is highly optimistic about his side's chances ahead of the resumption of football in Ghana.

The club have also augment their squad with the acquisition of  former Hearts of Oak forward Joseph Esso and striker Agyenim Boateng.

"I always believe in team unison and harmony because I don’t really go to clubs setting aspirations, such as being a goal king," Manomey told Citi TV.

"I always believe goals are a gift from God. The harder you train, the luckier you become.

"Dreams FC have got talented players who are real gems in every aspect of the field. He continued.

"So imagine what we can do with the latest signings including Esso, Agyenim Boateng, Hafiz, and myself.

"If we are able to have a good preseason and good team harmony, I think we are going to kill clubs in Ghana."

The former Great Olympics forward scored 10 goals in 10 matches to grab the headlines of the 2020 GUSA games by becoming the highest scorer for men’s football when he featured for the University of Education, Winneba.