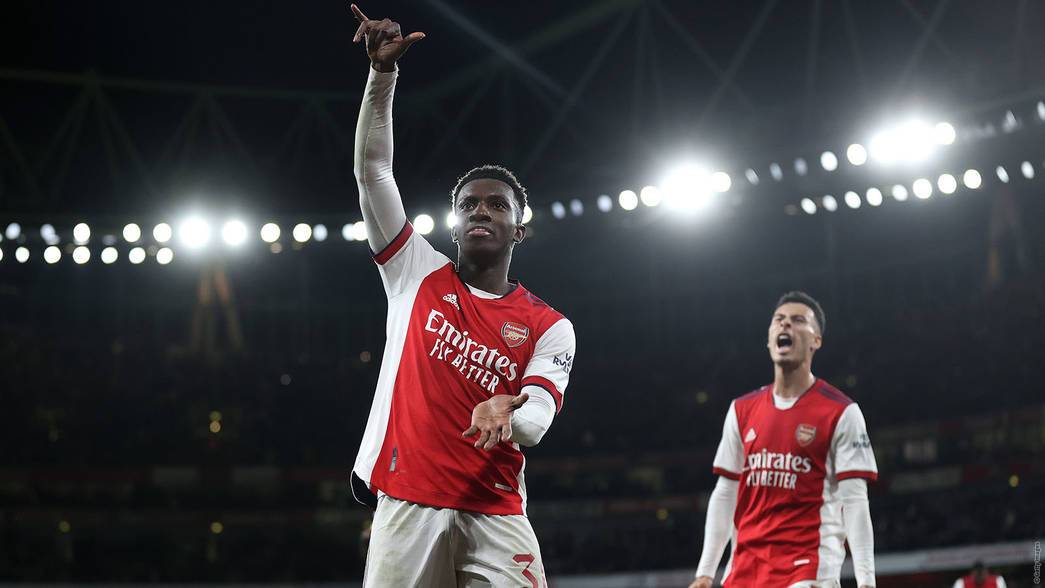 Arsenal manager Mikel Arteta has expressed excitement after Ghana target Eddie Nketiah signed a new long-term contract with the Gunners ahead of the 2022/23 season.

The 23-year-old had a fantastic Premier League season, scoring five goals in 21 games.

In the latter half of the season, he was on fire, netting four goals in five games, including a brace against Chelsea at Stamford Bridge.

"I’m delighted Eddie is staying with us. He represents what we are all about and all the values of the club."

"We are very happy that he has extended his contract and now we have to get to work and continue to develop the great talent and person that we have in him," Mikel Arteta, said as quoted by the club's official website.

He will wear the number 14 shirt from next season, having previously worn the number 30.

The new contract is subject to the completion of regulatory processes.

Nketiah is the England Under-21s all-time top scorer with 16 goals in 17 appearances and captained the side that won the 2021 European Under-21 Championships.

He is expected to complete his nationality switch in the coming days to represent the Black Stars of Ghana ahead of the 2022 FIFA World Cup in Qatar later this year.