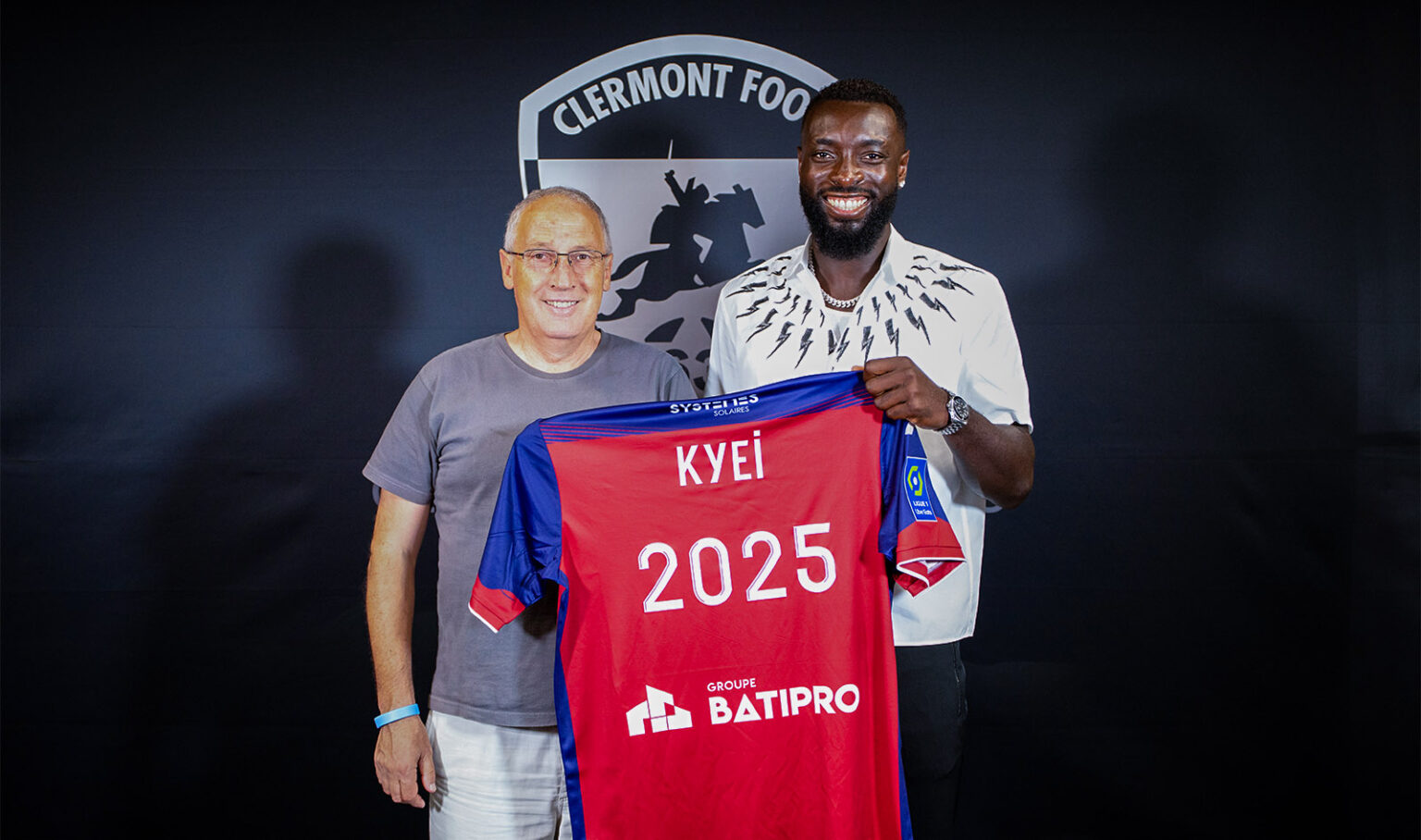 Ghanaian forward Grejohn Kyei is elated to complete his move to Ligue 1 side Clermont Foot ahead of the 2022/23 season which kicks off in August.

The 26-yer-old joined the club on a two-year deal after successful negotiations and passing his medicals on Tuesday.

"I'm happy to be back at the club and the trust they have in me. Now, we are going to do everything collectively to prepare ourselves well for the coming season," Kyei said after putting pen to paper.

He spent three seasons with Swiss side Servette, featured in 82 games across all competitions, scored 25 goals and registered 12 assists.