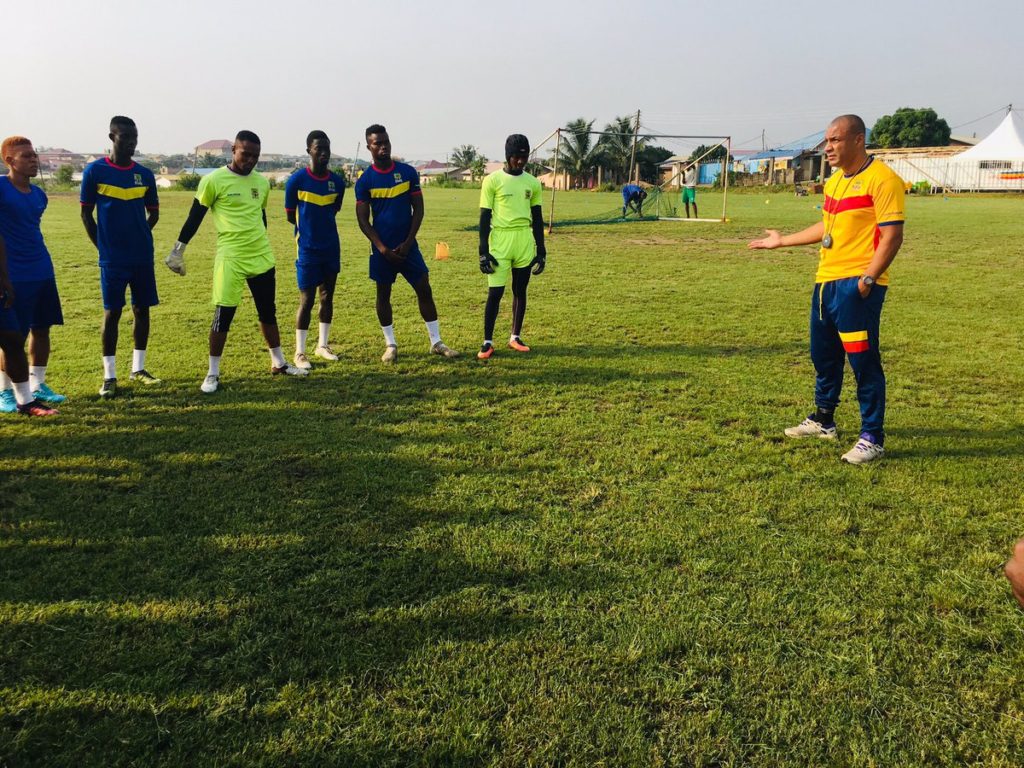 Hearts of Oak coach Kim Grant has stated emphatically that his main focus is to win the league for the club but not friendly matches ahead of the start of the 2019/20 Ghana Premier League.

The 47-year-old has come under a lot of criticism after failing to beat Wa All Stars in a friendly game on Sunday at the Accra Sports Stadium.

According to the former Ebusua Dwarfs trainer, he is building a team capable of winning league matches when the Ghana Premier League kicks off rather than winning friendlies.

"I understand people are disappointed about last Sunday’s game but I wasn’t and I know the fact that I’m not going to push always my full strength out because for me it’s not about the results but about we preparing to play in the league," he told Kumasi based OTEC FM.

"We don’t get 3 points for winning a friendly, it’s not important for me.

"I got three (3) players now with the national team, they will be coming back successful to join the group (Hearts team) and we will start preparing fully for the new season so I’m not concerned at all because I’m not training to play in friendly matches but rather preparing for the league which is going to start soon."

Coach Kim Grant added: "I’m trying to be careful that the players don’t get injured because it’s a crucial moment in our preparation so I need to make sure that everybody is 100% fit. There is a process ongoing and if you understand football, you will know this process takes time and I’m not concerned at all.

"I’m not here to win friendlies but here to win the league or league matches and I believe I have a young squad who are very hungry for success.