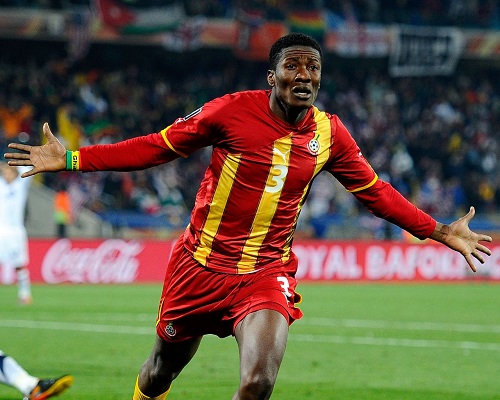 Ghana legend, Asamoah Gyan has insisted that he still the general captain of the senior national soccer team, Black Stars despite the new captaincy structure.

Gyan, who is the all-time top scorer for Ghana has struggled to return to the Black Stars after the 2019 Africa Cup of Nations in Egypt.

Prior to the 2019 AFCON, Asamoah Gyan was stripped off his captaincy by coach James Kwasi Appiah when Andre Ayew was named as the substantive skipper.

C.K. Akonnor, who is now the head coach of the Black Stars has maintained Andre Dede Ayew as the captain of the team with Thomas Partey and Richard Ofori as deputy captains.

This has called for doubts on the future of Gyan in the team as many believe the general captaincy role has also been scrapped by Akonnor.

But according to Gyan, he is still the general captain of the team ones he has not received any communique from the coach with regards to scrapping of the said position.

“With what I have achieved with the national team, you cannot do anything without me. So its normal for authorities to take ideas from me” he said.