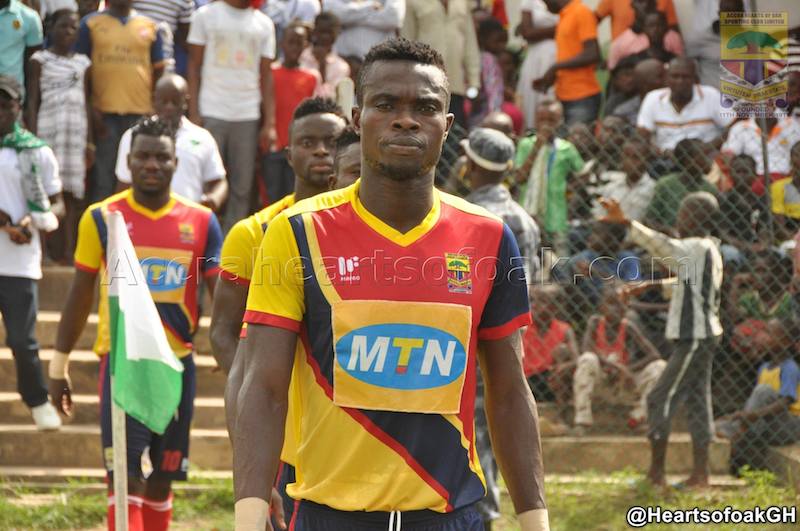 Accra Hearts of Oak defender, Richard Akrofi has expressed his readiness to feature regularly for the side in the ongoing league campaign but admits the final decision will come from the coach.

Akrofi, who has found first team action hard to come by in the league came on for Inusah Musah in the club's 1-0 win over Asante Kotoko in week 8 of the Ghana Premier League, and performed admirably well.

However, the former Wa All Stars defender wants to play more minutes to help the side in their league title quest but conceded that coach Frank Nuttall has the final say.

“You can accept being on the bench because it is team work. To me being on the bench is temporal because I know my hard work would one day convince the coaches to give me the needed playing time,” he told club’s official mouthpiece

“We are a team so whoever plays should not be a problem but rather those who sit on the bench should continue working hard so that when the opportunity arrives they would be able to handle it very well."

“If I am given the chance and I am not good enough, then I would know that I have disappointed myself, the fans and the manager so I understand how important it is to continue with the good work at training so that when the chances come I will live up to it."