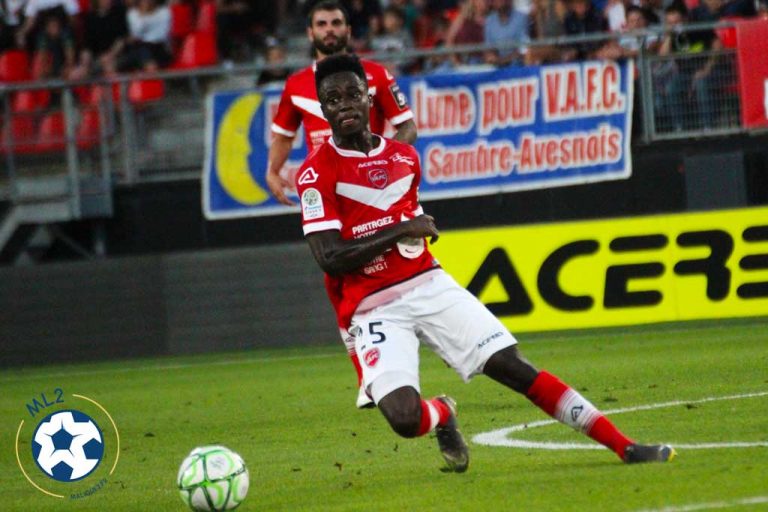 Ghanaian international, Emmanuel Ntim has started the 2021/2022 French Ligue 2 season in outstanding form and is currently the player with the most interceptions in the division.

The defender who has become a key asset for Vallenciennes appears not to be slowing down although he is aging.

Already in the new season, the full-back has featured in all 11 matches of his club in the French Ligue 2. In that period he has already played every single minute as well.

After a careful dive into the numbers behind his impressive performance this season, footballghana.com has learned that Emmanuel Ntim has made 30 interceptions.

The statistics is the highest by any player in the French Ligue 2 since the new campaign started.

The Ghanaian is also the 4th player in the championship in terms of clearances made. He is now regarded as one of the most in-form players in the French Ligue 2.

He has been tipped to help Vallenciennes to finish strongly in the ongoing 2021/2022 French Ligue 2 season.