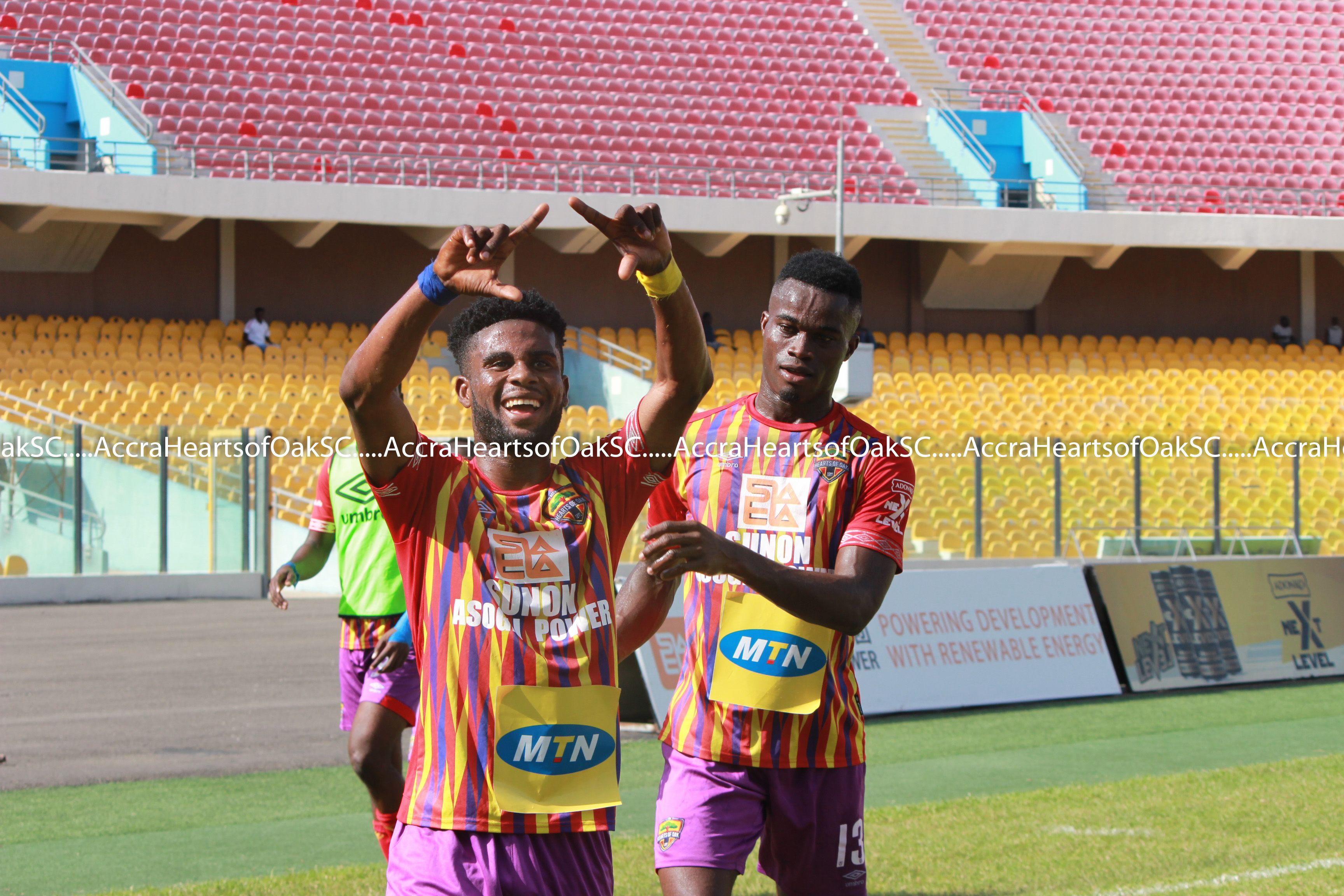 A brace from winger Daniel Afriyie Barnieh on Wednesday afternoon powered Hearts of Oak to defeat Liberty Professionals 3-0 in the Round 64 stage of the MTN FA Cup.

The team nicknamed the Phobians today faced off with their capital rivals at the Accra Sports Stadium for their respective first games in this season’s MTN FA Cup competition.

Maintaining their form in the ongoing 2020/2021 Ghana Premier League season, Hearts of Oak emerged as the better side throughout the 90 minutes of the encounter.

In the afternoon, two-goal hero Daniel Afriyie Barnieh scored his first after just 18 minutes into the first half.

With Kwadwo Obeng Jnr doubling the lead for Hearts of Oak in the 42nd minute before the break, Daniel Afriyie Barnieh netted his second three minutes after recess to wrap up a convincing 3-0 win for the home team.

Today’s emphatic win against Liberty Professionals sends Hearts of Oak to the Round 32 of the MTN FA Cup Competition.