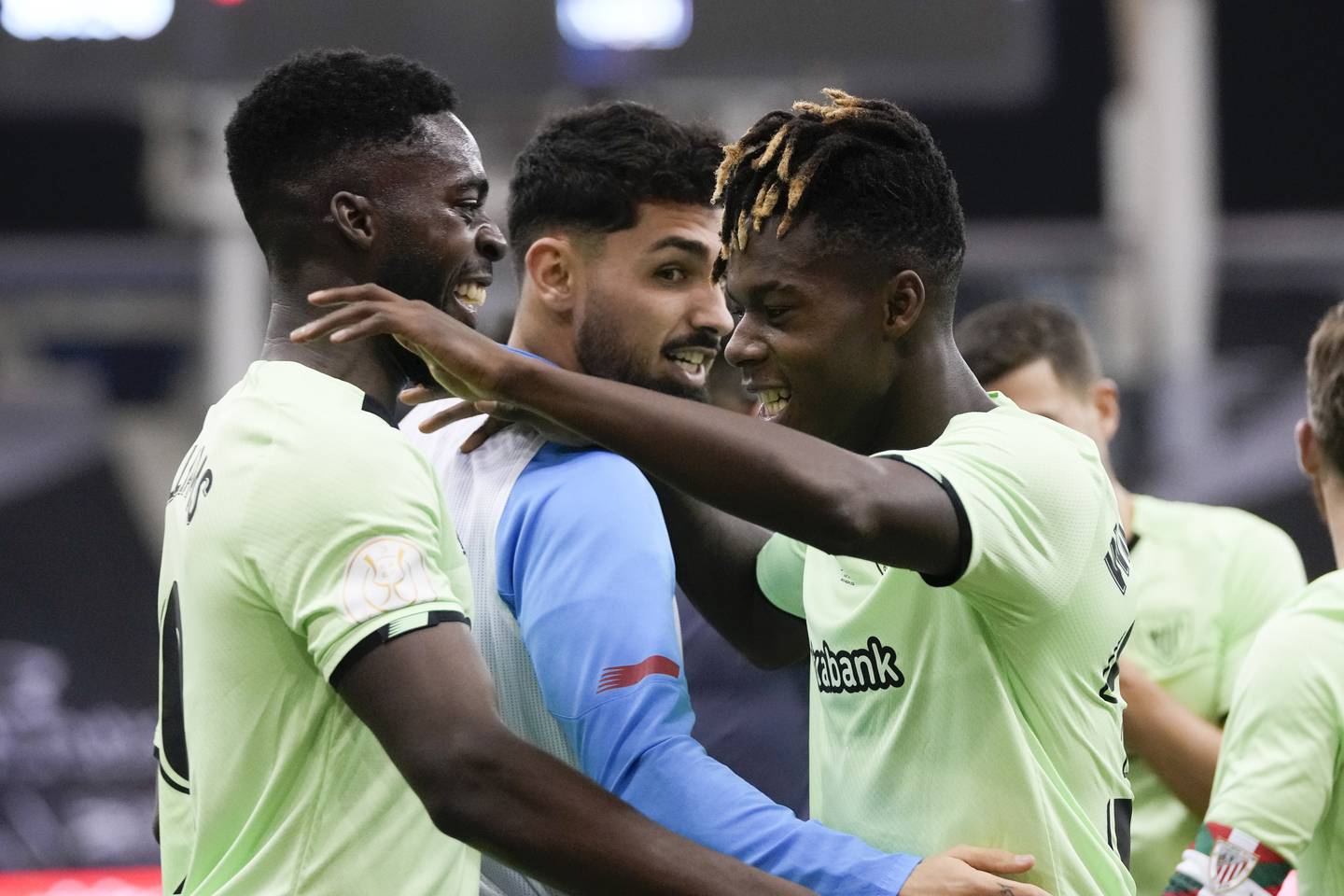 It had already been quite a week for the Williams brothers even before they checked in with their senior international squads and introduced themselves to new teammates. Inaki and Nico Williams seldom go anywhere on duty without matching tracksuits, but as they wished each other luck last Sunday, ahead of their landmark call-ups, they were heading in different directions.

Before that, they celebrated another very special first for the family. They shared a pitch, as they had 42 times before in Athletic Bilbao’s first team. They both scored goals, as they never had in the same match, in the 3-2 victory over Rayo Vallecano, similar goals that came from fine long passes designed to exploit the pace of Athletic’s fastest fraternity. Inaki’s opener was perhaps the more stylish, given the deft cushioning of the ball that brought it under his control while moving at speed, but the younger Williams, Nico, took his strike nicely, true to the family style, 20 minutes later.

Inaki and Nico were born eight years apart, to parents, Maria and Felix, who had suffered to provide what they hoped would be a better life for their first-born son and any children that might follow. While Maria, who is from Ghana, was carrying Inaki, she and her husband left West Africa to head for Europe. They travelled by truck and by foot, an arduous, perilous journey. They climbed the border fence that separates Morocco from the Spanish enclave of Melilla. They were arrested. They needed to be resourceful. They told border officials they were feeling conflict in Liberia.

They were granted asylum in Spain, and pitched up in Bilbao, an almost arbitrary choice but one with huge, happy consequences for their active eldest son. Inaki was born there, in the capital of Spain’s Basque Country and given the first name of a helpful local charity worker. He showed precocious talent as a footballer, after the family moved to nearby Pamplona, and enrolled in Athletic’s renowned academy at 18. His parents learned that not only was Athletic a widely admired club for the quality of its youth development system but that having a productive academy is essential to how Athletic operate. Uniquely in Europe’s leading leagues, they insist on a homegrown team: Only players who have been born or raised in the surrounding territory are selected by the club: a small catchment area, with a total population of around three million.

Inaki Williams had come into the category as if by chance. It was a blessing for Bilbao. He would become a club superstar, its symbol, and besides the skill, the finishing, the jet heels, an astonishing example of stamina. He made his debut at 20. He has not missed a single league game with injury, or suspension, since April 2016. His goal against Rayo was his 77th for Athletic.

Spain called up Inaki Williams just before Euro 2016, priming the then 21-year-old for the next World Cup. He played in one friendly but, when the head coach changed - Julen Lopetegui replacing Vicente Del Bosque - was not called up again. Ghana, for whom he is eligible through his parents, contacted him, knowing that one friendly appearance for another country would not preclude him from an international career elsewhere. Inaki Williams should make his debut for the Black Stars against Brazil in northern France this week, or against Nicaragua next, warm-up fixtures for the World Cup, where, all being well, Inaki Williams will be an important part of Ghana’s campaign.

Nico Williams may be there too. His first call-up to the senior Spain squad, for Uefa Nations League matches against Switzerland and Portugal, came as something of a surprise this month and provoked a suspicion, from Ghana especially, that Spain want to cap Nico in an official international to ensure he commits his international future to them rather than follow his brother into the Ghana set-up. Head coach Luis Enrique insists the selection is for the here-and-now rather than any future options: “If the World Cup started tomorrow, this is the squad I would pick,” he said, announcing Nico’s promotion from the Spain Under 21s. “He’s an interesting player for us. He’s in form and has the speed to get past opponents.”

Should both brothers go to the World Cup, it raises the prospect of a meeting like the Black Stars’ match against Germany in the 2010 tournament when Jerome Boateng was on one side and his brother Kevin-Prince Boateng on the other, playing for Ghana, where the German-born siblings’ father came from. Spain and Ghana could, if they successfully negotiate the first two phases, collide in the quarter-finals, or later, in Qatar. “If they both reach the final,” remarked Luis Enrique, “it will be tough for Nico and Inaki’s parents to decide who they want to win.”