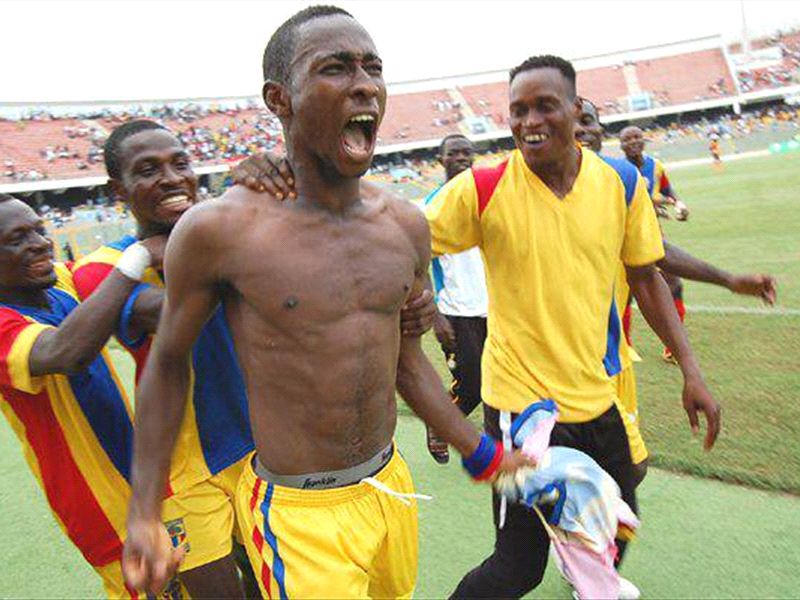 Former Hearts of Oak striker, Sadat Karim has revealed that consistent injuries hampered his success at Hearts of Oak.

The Halmstad BK forward joined the Ghana Premier League giants during the 2011/12 season.

There were hopes of him getting over the nagging groin injury under current Black Stars coach, Charles Akonnor when Vucicevic was sacked that same season.

However, the consistent injuries forced the club to release Sadat.

"I supported Hearts of Oak at a very young age and till date, I still follow the club because of the love I have for it," the former King Faisal striker told Kumasi based Haske Radio.

“So when I had the opportunity to play for the club, I was happy because if you get into a club you love, the love increases.

“However I struggled with a chronic groin injury for almost two years which hampered my chances at Hearts and even when I left for Inter Allies," he added.

Karim was scouted in Kumasi by King Faisal while playing an Inter-Schools game for Prempeh College in the Ashanti Region.

He later moved to Sweden, playing for clubs like BW 90 IF, Landskrona and Prespa Birlik before finally settling down to life with Halmstads BK.

Sadat qualified Halmstads BK to the Swedish Allsvenskan in the 2019/2020 season where he played a key role in the Superettan campaign.

Sadat Karim played for Ghana’s U-20 side, the Black Satellites.