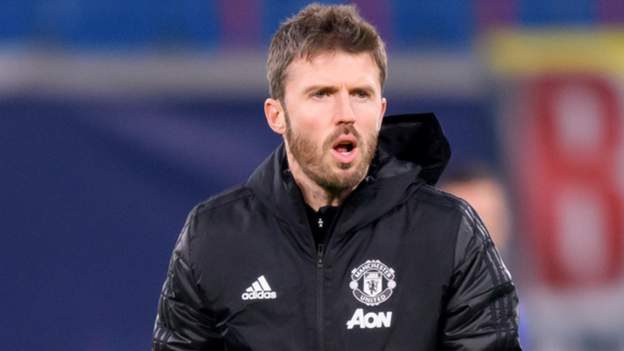 Manchester United have a number of injury worries for the Champions League game with Villarreal, their first match since sacking Ole Gunnar Solskjaer.

Villarreal's Gerard Moreno looks set to miss out with a hamstring injury.

Pochettino open to Man Utd approach'I don't think anyone has a clue what they are doing' - pundits react to Solskjaer sackingChampions League: Who has qualified and who needs what

What do Man Utd need?

Michael Carrick, a Champions League winner with United in his 12 years at Old Trafford as a player, has been put in temporary charge following Solskjaer's dismissal on Sunday.

Not only do United head to Spain without a manager, they are also without a win in three matches.

Since beating Villarreal at Old Trafford on 29 September thanks to Cristiano Ronaldo's 95th minute winner, the Red Devils have won just two matches out of eight.

However, they remain in a strong position in Group F.

Both United and Villarreal have seven points, with Atalanta in third spot on five points.

If the top two teams are tied on points, points in head-to-head matches between the tied teams will be used to determine who finishes top.

Having already beaten Villarreal this season, United will qualify for the knockout stage if they win in Spain, or if both games in the group are drawn.

MOTD2: Solskjaer should be walking away with his head held high, says Jenas'There's a responsibility playing for Man Utd'

Carrick has called this a "big match for both clubs" and is urging United's players to put on a good performance after a turbulent few days at Old Trafford.

"What matters now is getting the right results, how we go about our business," added the five-time United Premier League winner.

"Villarreal are a very good team. Very well organised and very well coached. They have a good mix, a good balance and we respect that.

"It's a big game for both teams but it's one we can really look forward to."