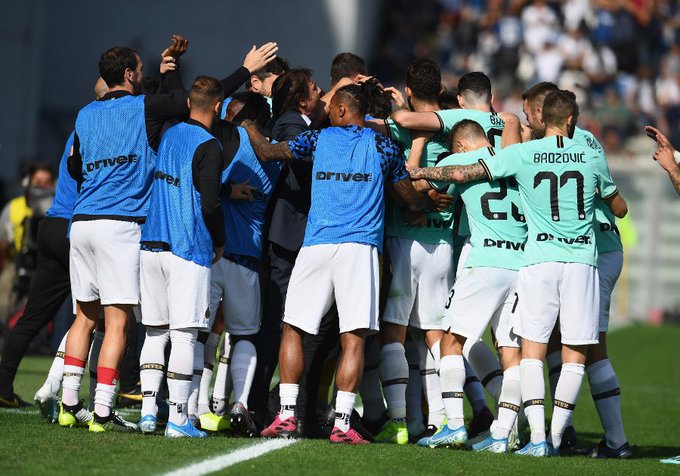 Ghana and Inter Milan midfielder Kwadwo Asamoah has lavished praises at his teammates following their 4-3 victory over Sassuolo in the Serie A on Sunday.

The 30-year-old was an unused substitute for the Nerazzuris as they sealed all three points in their seven goal thriller at the Stadio Citta del Tricolore.

After the game, he took to twitter to commended his teammates.

"Another 3 important points away. Great guys!," he posted on Twitter after the game.

Inter took an early lead through Argentina striker Laturo Martinez in the 2nd minute if the game.

But Sassuolo levelled through Domenico Berardi before former Manchester United forward Romelu Lukaku bagged a brace before half time to send Inter into the break with a 3-1 lead.

Martinez then added his second from the spot to extend the Nerazurri's lead.

However, the Nerovredi's produced a strong fight back to pull two goals back, through Filip Burici and Jeremie Boga.

His compatriot Alfred Duncan shined for Sassuolo after registering an assist in the defeat to Inter.