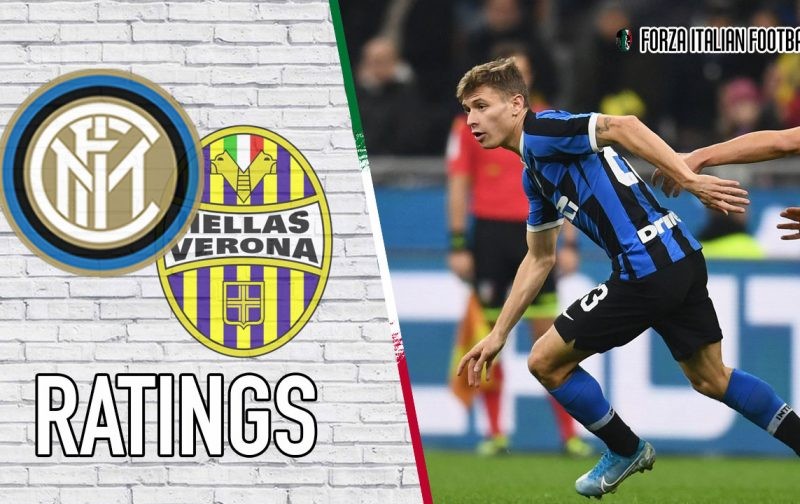 Nicolo Barella struck a magnificent late winner as Inter came from behind to beat Hellas Verona 2-1 in Serie A at the Stadio Giuseppe Meazza.

The summer arrival from Cagliari hit a fine effort from the edge of the box that bent into the top corner, sparing the Nerazzurri’s blushes and sending them top.

Inter had been trailing for much of the match after Valerio Verre netted from the penalty spot, but Matias Vecino’s second half header was followed up by Barella’s superb effort to seal victory.