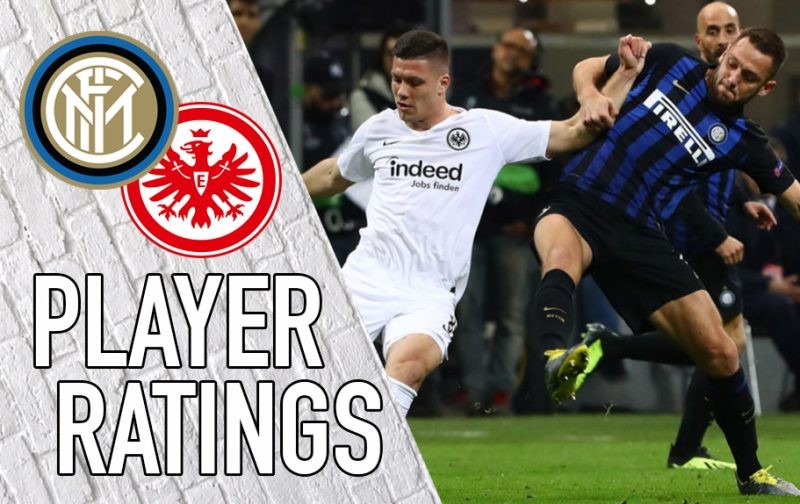 The 15,000 travelling Eintracht Frankfurt fans left the Studio Giuseppe Meazza happy as an early Luka Jovic goal gave them a 1-0 win over Inter and qualification to the Europa League quarter-finals.

After a goalless draw in the first leg, Inter knew they had to keep a clean sheet or beat their German opponents but a mistake from Stefan De Vrij ultimately cost the Nerazzurri.

The result means Inter continue something of a Europa League tradition, as they have now been eliminated in the Round of 16 in their last three attempts in the competition.