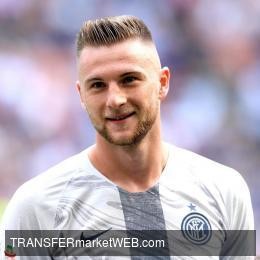 "Kane? I played against him for Slovakia and we lost but I hope tomorrow is another story. I’ve seen some videos, he’s a great player and he’s also shown that at the World Cup. Kane can do nothing for 20 minutes and can then score at the first opportunity. We have to be ready not only for him but also for other players."

The Slovakian also spoke on his contractual situation with the Nerazzurri. “We are talking, but I’m calm, everything is open, now there are lots of games and we have to think about these first.”