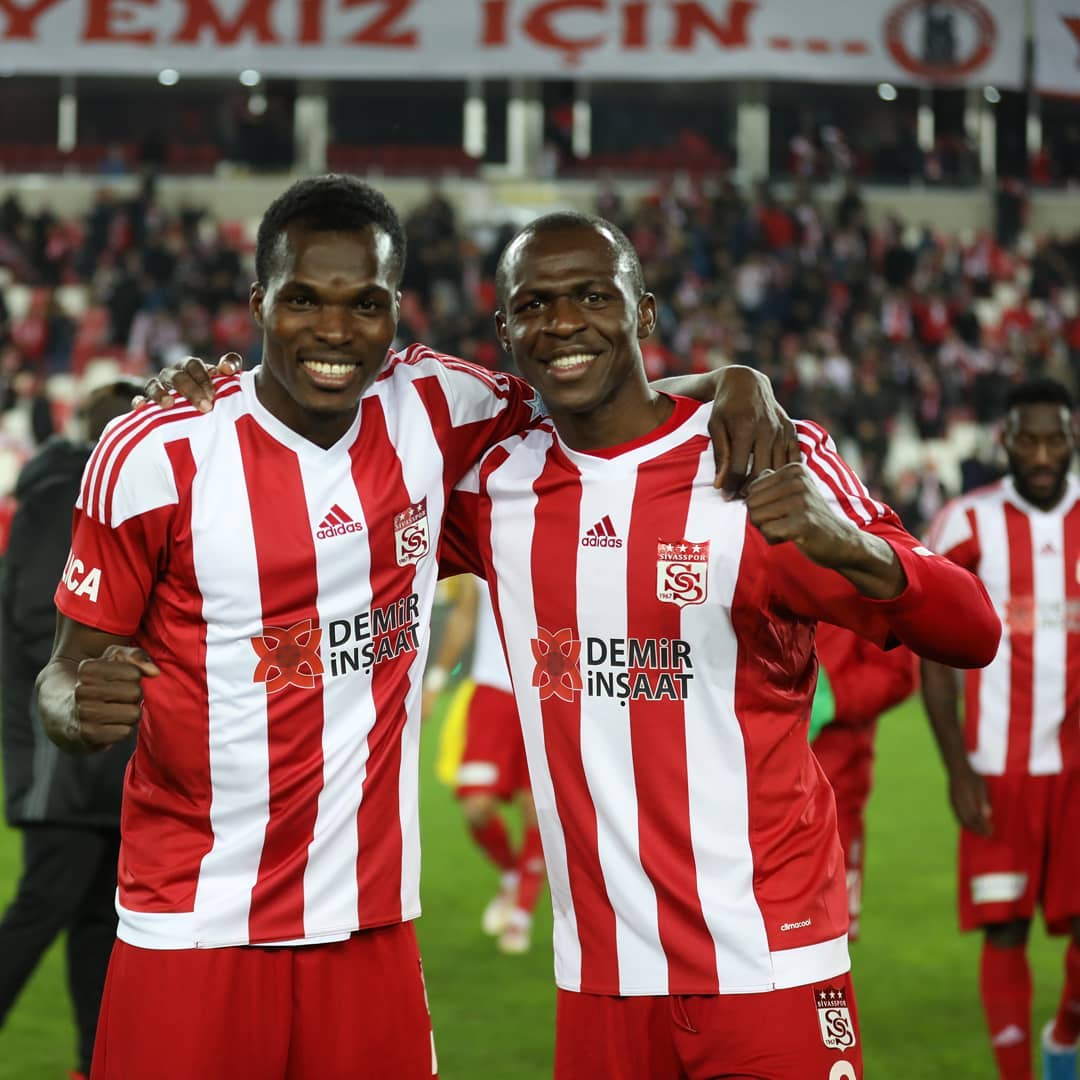 Despite losing by two goals to one in the second leg of the Turkish Cup second leg match, Sivasspor managed to qualify for the quarter-final with a 5-2 aggregate score line after demolishing Yeni Malatyspor by 4-0 at home in the first leg.

Isaac Cofie was pivotal in the first leg, and once again contributed in the holding midfield role, protecting the back four whiles hitting balls into attacking areas.

Sivasspor took an early lead in the 3rd minute of the game, but wilted under pressure in the second-half as Malatyspor restored parity in 79th minute and stole the win in added time.

The 28-year-old played 90 minutes for his club battling it out with his Ghanaian compatriot and Arthur Legacy colleague Afriyie Acquah in the middle of the park.

But Cofie and his teammates ensured their three goal advantage was enough to progress to the next round of the competition.

Afriyie Acquah also started for Yeni Malatyspor but was substituted in the 64th minute as the home side went in search for the equalizer.

Malatyspor will need to arrest their current slump as they’ve failed to register a win in their previous five matches.