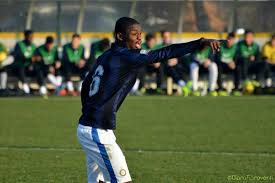 Donkor scored in the 96th minute to seal the resounding victory for his side.

Before his goal, Cesena were pegged back in the 62nd minute when Libyan enforcer Ahmad Benali put the visitors in front from close range before Gambian forward Lamin Jallow pulled parity for the hosts in the 72nd minute.

The visitors regained their lead four minutes later through Stefano Pettinari but Gaston Brugman's own goal levelled the scores for Cesena in the 81st minute.

The victory takes Cesena to 18th on the standings with 21 points after 18 games.