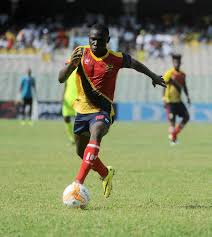 Accra Hearts of Oak’s tactician Frank Nuttal insists there is fierce competition in the team hence the reason for the absence of Isaac Mensah in most of the games.

Isaac Mensah has struggled to break into the team since the arrival of Frank Nuttal. His season has also been blighted by injuries but the winger is fully fit now and has to fight for a place.

The former Gor Mahia coach said, “Isaac Mensah is a member of the squad and he is fighting hard to get into the team but there there is fierce competition in the team. For his position, there are a number of people that can feel that role,”

“I can only pick 18 for the squad and football strips on only 18 players so he has to keep working hard.”

Frank Nuttal will lead the team in Tamale as they play Bolga All stars.