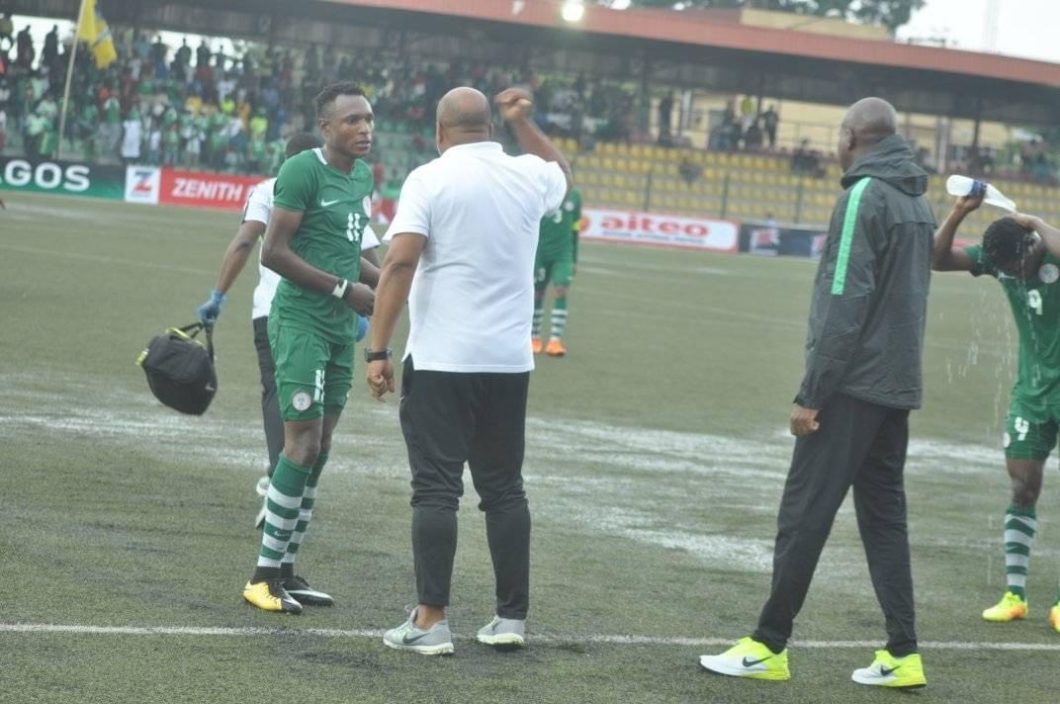 It was easy to feel the pain that shadowed his voice as Nigerian footballer Wasiu Alalade opened up to AFHQ’s Zazi Bariza.

Once regarded as one of Nigeria’s brightest prospects, Alalade had everything going for him until a sad twist of events left him in a state of depression and on the verge of early retirement.

From almost leading Nigeria’s attack at a major international tournament to almost losing his career – all in the span of a month – Alalade surely needed an extra layer of skin to overcome the disappointments that nearly hacked down his dream of becoming an international football star.

“I can’t count how many thoughts ran through my head. One time I was thinking that football was no longer favourable to me so I should quit, but then I knew football was the only thing that made me happy and I couldn’t imagine life without it; so I began to think that life in itself was no longer fair to me so maybe I should just die.” Alalade admitted.

THE EARLY RISE OF A BUDDING CAREER

Like most Nigerian footballers, Alalade started out playing in the streets and in local competitions. But once he turned pro, his career took a fast leap that culminated in signing for Nigeria’s biggest club, Enyimba FC, at just 18. It was a move that brought him fulfillment and sparked hope for the future.

“Enyimba is like the Real Madrid or Juventus of Nigeria, so signing for them was a dream come true for me. I couldn’t believe that so soon in my career I would be playing for one of the biggest clubs in Africa.”

Apart from signing for the two-time African champions, there was yet another dream that would quickly come true in his quick career rise – the dream of representing his country. The fast forward was called up to the Nigeria U20 team, The Flying Eagles, for the 2019 U20 Africa Cup of Nations (Niger 2019) qualifications series. Elated as he was over the invitation, the striker could already see a bigger picture than the African Championship – the World Cup.

“When the invitation from the national team came, I wasn’t expecting it so I can say it was a surprise. But from that time I began to think big. I began to see myself playing at the African Championship and playing at the World Cup. The junior World Cup is every young player’s dream, so I saw it as an opportunity to get to the next level of my career and become an international star.”

Not merely dreaming of becoming an international star, Alalade was also working hard to take his chance by the horn. He scored three goals in four matches to help the Flying Eagles qualify for Niger, leaving him as the team’s top scorer, and by extension, one of the more significant figures in coach Paul Aigbogun’s side. 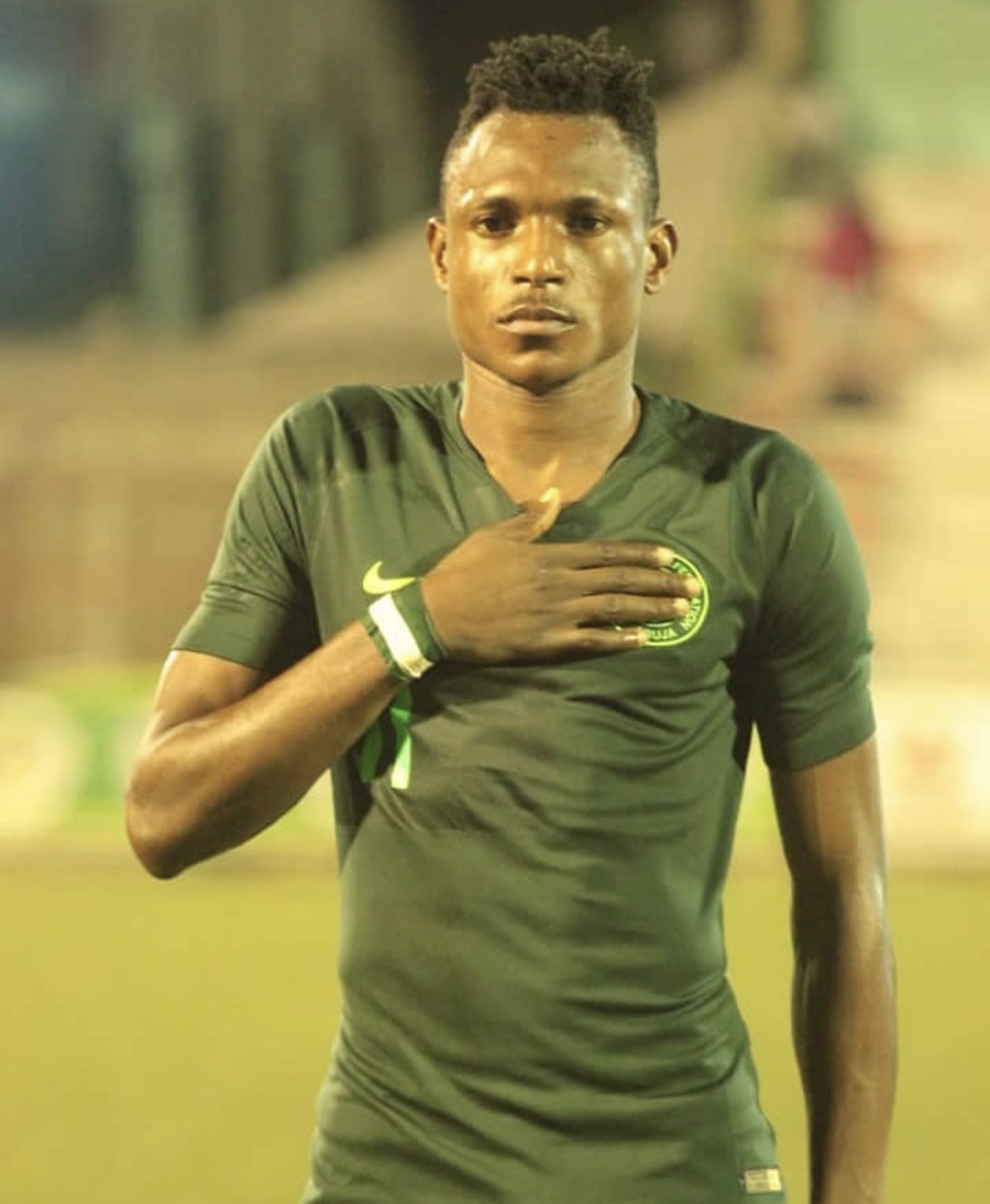 Alalade’s sparkling performances with the team, coupled with his soaring reputation as one of Nigeria’s brightest prospects, led him to be tipped as the player to lead the country’s lines at the U20 AFCON. Sadly for him though, it was never to be as he was shockingly left out of the final squad for the tournament in Niger – a setback the striker could only accept in good fate.

“I was the team’s highest goalscorer so everyone was surprised when I got dropped. My father cried bitterly because of it. Even me, I couldn’t believe it myself because even in the friendly matches before the AFCON, I scored in almost every game. There were games I scored two or three goals. I thought I did enough to merit a place in the squad, but I had to respect the coach’s decision.”

Part of Alalade’s biggest regrets for missing out on the team was that he had hinged most of his hopes of attracting a European club to his performance with the U20s.

“Before I was dropped, I had offers from clubs in Europe but I didn’t listen so much because I believed I would attract better offers if I performed well with the U20, especially at the World Cup. My hope was around the World Cup. I expected it to shoot me to the next level of my career, but since I was dropped for the AFCON, there was almost no hope that I would be considered for the World Cup again.”

A RAY OF HOPE, THEN ANOTHER UGLY TWIST

Sulking in the disappointment of being left out of Niger 2019, Alalade returned to Enyimba, but it didn’t take long before a silver lining appeared, as the forward received an invitation to Nigeria’s U-23 team that was preparing for the 2020 Tokyo Olympics qualifiers.

“I saw it that God was using this one to compensate me for the disappointment of the U20,” the forward recalls.

“I also saw it as a bigger platform because if we qualified, I could be playing at the Olympics, the biggest sports competition in the world. That made me want to give two hundred percent.”

Unfortunately, Alalade’s dreams of playing at the Olympics ended even sooner than they began as he sustained what turned out to be a career-threatening injury in one of the team’s training sessions.

“I was face to face with the keeper in training so I decided to round him, but he raised his leg and it caught my shin. That was it. Initially, I thought it was a minor thing, but when I saw the doctor, he told me there was a fracture and I would be out for some months.”

Alalade was fully aware of how the injury could hamper his chances with the team. Also knowing how heartbroken the disappointment of the U20s left his father, the striker feared his old man would not be able to cope with news of his latest setback, so he decided to hide it from him. But somehow, his dad heard the shocking story on the radio, and true to his fears, slumped in shock.

“My plan was to hide the injury from my father because he was really passionate about my career and I knew he wouldn’t be able to handle it. I can say he was more passionate than me because when I was dropped from the U20, he cried more than me… But some days later, he heard it on a radio sports show and that was it. He had a serious heart attack and was quickly taken to the hospital.

“I couldn’t visit him in the hospital because the injury wouldn’t let me walk, but we always spoke on the phone. Whenever I phoned him, he was more concerned about my career than his own health. He always worried about the injury and if I could ever play again. I’ve never seen a father like that who would do everything to make his son succeed.

“Sometimes, just to make him happy, I would make short videos of myself with a ball and send it to him, because I knew it would give him the hope that I would soon be able to play again. He just wanted to see me play football.

“We tried our best for him to recover, but after some time, I got a call from my brother to inform me that my dad just died. That was like the worst day of my life! It felt like I killed my dad because it was the worry over my career that got him sick in the first place. When the U23 head coach, Imama Amapakabo, heard about the tragic story, he was so touched that he offered to pay for my flight ticket home.”

Alalade admitted that the demise of his father made him rethink his future in the game.

“My Dad’s death left me totally depressed and I wasn’t thinking of football anymore, but I’m grateful to God for the kind of family I have. They were always by my side, to let me know everything would be okay. They encouraged me and made me see that the only way I could honour my father in death was by overcoming the injury and achieving the dreams that he had for my career.”

After spending months mourning his dad and treating his injury, Alalade returned to train with the U23 team, but still felt pain in his leg and was told by the doctor that he would require special surgery. It was at that point he met someone he simply refers to as a ‘good Samaritan’.

“When I complained to the doctor that I still felt pains, he told me that I needed surgery to correct it. The surgery was quite expensive and I didn’t have such money because I had already spent up the money I had on my dad’s hospital bills and burial. I was stranded, but fortunately for me, I met someone who offered to pay for it.

“I like to call him the good Samaritan because I didn’t know him from anywhere. He said he watched me play for the U20 and didn’t want to allow my career to end like that. He offered to sponsor my surgery in one of the best hospitals in Argentina and paid for everything.”

Staying thousands of miles away from his family and taking another extended break from football, Alalade used his treatment period in Argentina to have a sober reflection and soon began to see his struggles in a different light.

“I looked back at everything and can say that period was like a life school for me. I learned to be dogged and never to give up on my dreams because good things don’t come easy. And considering where I come from, a place where nothing comes easy and you have to struggle for everything, I think it is very important to learn not to give up.”

HOPING TO INSPIRE THE YOUTH

“I will be happy if my story can inspire young footballers in Nigeria. Since there are no good structures there, young footballers go through a lot of struggles to make it in their careers. Some of them have to play on empty stomachs, some of them have no place to stay; so I’m really hoping that they can also learn not to give up on their dreams whatever the challenge.”

After five months of treatment in Buenos Aires, Alalade recovered fully and could play without pain. His recovery however coincided with the period that the Argentine government imposed travel restrictions as a result of the Covid-19 pandemic, so the forward could not return to Nigeria but spent another seven months in Buenos Aires, during which he trained with local sides as he prepared for a comeback to the game.

Right now, Alalade’s priority is to give his story a happy end – an end that culminates in the achievement of his lifelong dream of becoming an ‘international star’. As a result the forward, who is now a free agent following the expiration of his contract with Enyimba, is leaving no stone unturned in doing his due diligence before deciding on his next move.

“For me, the decision on my next move may be the most important decision in my career,” Alalade noted.

“When you look at footballers who were out of the game for long, their comeback season always goes a long way in determining the rest of their careers. That’s why I don’t want to joke with mine. What would be the point going through everything I faced if I cannot come back and achieve all my dreams? For me that’s the most important thing right now.

“That is why I want to avoid any mistake in my next move. I’ve been contacted by some clubs already, but I won’t hurry into anything. I will listen to my heart and go to a place that will help me get back to track and achieve my dreams.”