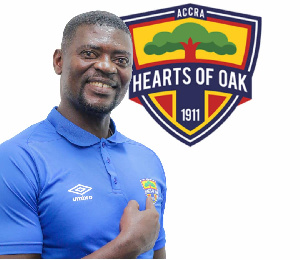 According to him, the former Medeama trainer is not experienced enough to lead the club and as a result, it will be difficult for him to succeed due to the pressure at the club.

Boadu's appointment as Hearts of Oak coach was confirmed on Monday. This comes barely a week after he shockingly resigned from Medeama.

“It will be very difficult for Samuel Boadu to succeed, looking at the target set for him. It is not always about certificate even though it matters, what has he achieved, what experience has he gained”.

Samuel Boadu becomes the 23rd coach to be appointed by the current board of directors led by Togbe Afede since 2011.