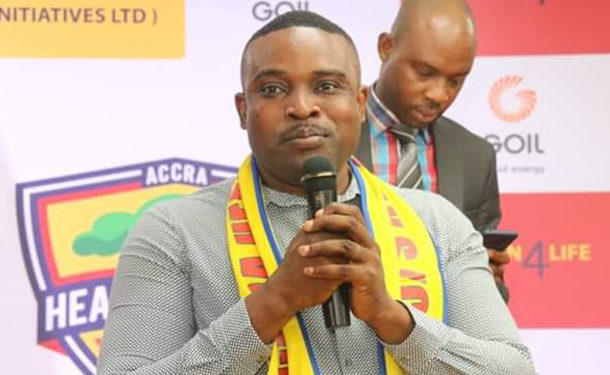 Hearts of Oak National Chapters Committee (NCC) Chairman, Elvis Herman Hesse is of the conviction that it will be very difficult for clubs to beat Hearts of Oak at the moment.

The Phobians are enjoying a scintillating run under Samuel Boadu in the second half of the season.

The brilliant and the impressive performance of the side has propelled them to the top of the league log with two points difference between their rivals, Asante Kotoko.

The club has been tipped to end their 12 years Premier League drought.

Herman, however, in an interview said it will be very difficult for clubs to overcome Hearts at this point in time.

“We have to say kudos to the technical team lead by coach Samuel Boadu and the players, they’ve done marvellous," he told Joy Sports.

"From the beginning, we knew we had the best of players, we had the best team to win the league but just that there were some few issues back then and we’ve been able to sort them out.

"There is unity in Accra Hearts of Oak and it will be very very difficult for anybody to overcome us at this moment.”

The 20-time Ghana Premier League champions will be hoping to extend their stay at the top as they take on city rivals, Accra Great Olympics in the Ga Mashie Derby at the Accra Sports Stadium in the matchday 28 games.