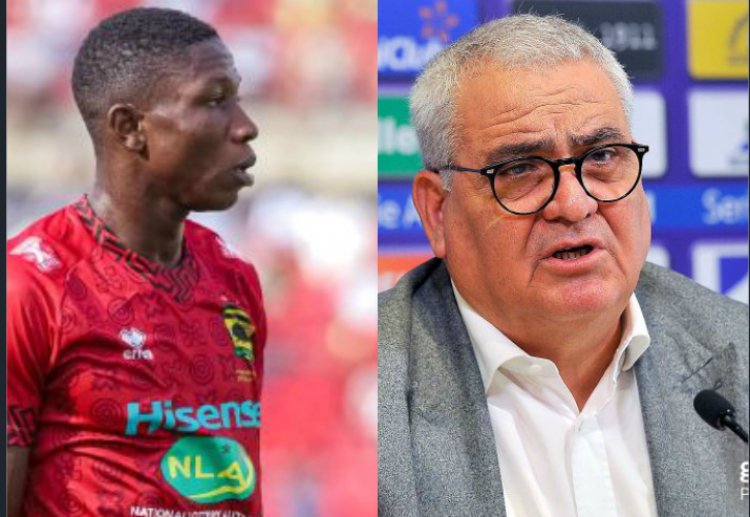 U.S Lecce director of football, Pantaleo Corvino has confirmed that the Italian Serie A club are in talks to sign Ghanaian youngster Augustine Agyapong from Asante Kotoko.

Lecce according to reports will sign Agyapong on a long-term deal from the Ghana Premier League powerhouse.

Agyapong has been one of the best players for the Porcupine Warriors in the ongoing season.

And according to a report by Italian tabloid La Gazzetta dello Sport, Lecce director Pantaleo Corvino has affirmed that his outfit has decided to acquire the services of Agyapong from the Ghana Premier League giants, Asante Kotoko this summer.

Agyapong has scored one goal and an assist in 13 matches before joining the Ghana U20 side for the 2022 WAFU U-20 Cup of Nations in Niger.

He is a key member of the current male national U20 team of Ghana and also featured in the just-ended Tournoi Maurice Revello tournament in France.

Agyapong joined Asante Kotoko on a four-year deal from lower-tier side Delsamaco FC before the commencement of the 2021/22 season.