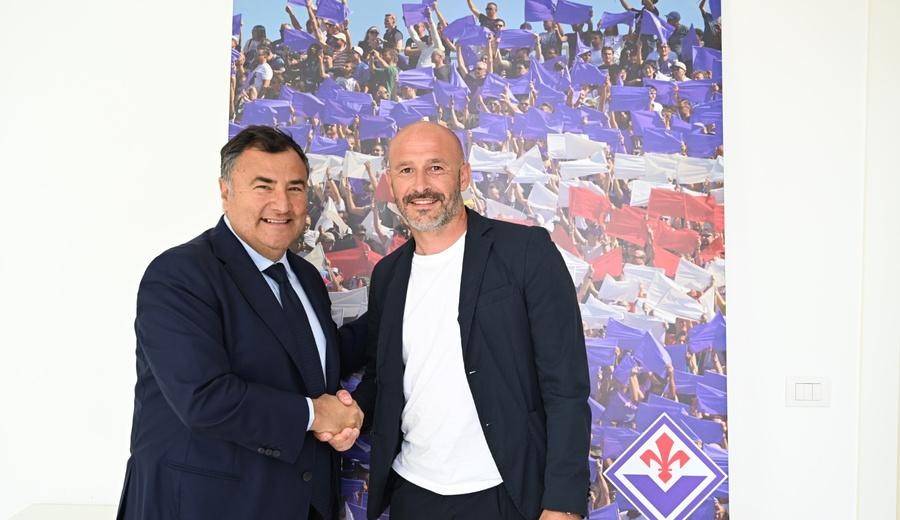 ACF Fiorentina is pleased to announce that head coach Vincenzo Italiano and his coaching staff have renewed their contracts until the end of the 2023/24 season, with the club then able to take up the option of extending the deal into 2024/25.
Italiano's previous contract already covered next season, but the club and the coach have decided to strengthen their relationship by extending the agreement for a further year on improved financial terms. The coach and club will now work together to build on the promising 2021/22 campaign.

The Sicilian coach arrived in Florence in June 2021 and guided the Viola to the Coppa Italia semi-finals and a seventh-placed finish in the league in 2021/22 to seal a Europa Conference League berth.
President Rocco Commisso and the club as a whole would like to congratulate Italiano and his staff on this new agreement and wish them a future of success and happiness for Fiorentina and the supporters.