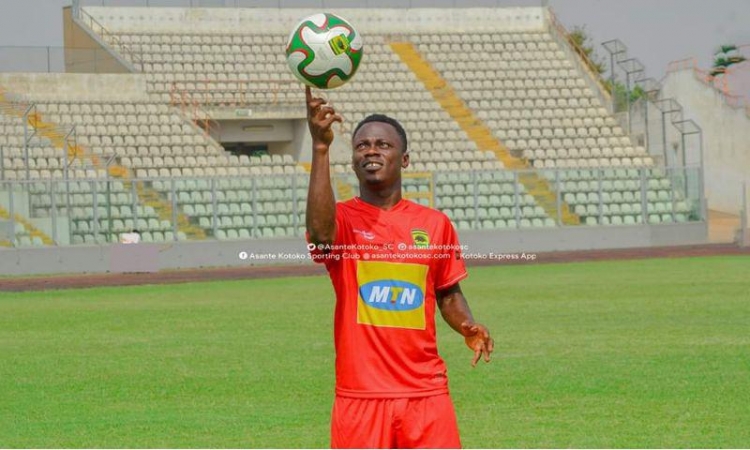 Amoako Boateng, the manager of midfielder Sam Adams has rubbished reports suggesting that his client has been sacked by Kumasi Asante Kotoko.

The former Aduana Stars player joined the Porcupine Warriors club last year prior to the start of the 2019/2020 football season.

After just 8 months into his 2-year contract, reports this week has suggested that Sam Adams has been shown the exit door by the Ghanaian giants.

Reacting to the news on Friday, his manager Amoako Boateng has emphasized that it is not true Asante Kotoko has sacked Sam Adams.

“Is not true that Kotoko has sacked Sam Adams because Kotoko has a 2-year contract with Sam Adams and he has played only 8 months", the manager said while speaking to Ashh FM.

He continued, “Asante Kotoko wants to play in Africa and Sam Adams is one of the players Kotoko will need in this African campaign.

“Coach Maxwell Konadu has not talked to me about such a decision. Looking at the current fight Asante Kotoko wants to face, if you are a coach will you face this fight without Sam Adams?.

“He scored 4 goals in the CAF Confederations Cup [2 years ago] and he played 90 minutes of every game and I think people are deceiving him [Maxwell Konadu] about Sam Adams.

“I will be very much surprised if the rumor is true that Kotoko have sacked my client,”