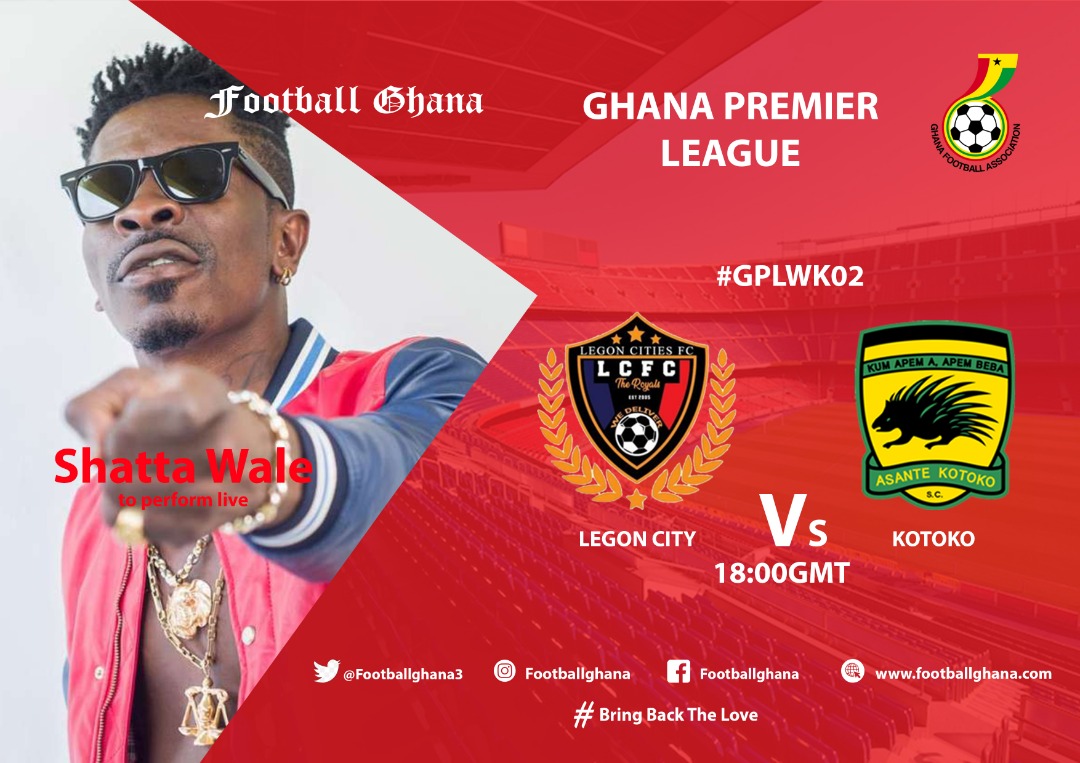 Legon Cities FC has officially announced that Dancehall artiste Charles Nii Armah, known in showbiz as Shatta Wale will perform at the Accra Sports Stadium during their clash with Asante Kotoko in the Ghana Premier League.

The Royal club is set to go to battle with the Porcupine Warriors in a Match Week 2 fixture that promises lots of action and now loads of entertainment.

Legon Cities FC, which has been rebranded from Wa All Stars continues to set the pace for other clubs after unveiling a new bus, jersey, as well as logo.

They have now decided to introduce side attraction on the Matchdays of the club and has revealed that celebrated Ghanaian artists Shatta Wale be at the stadium to perform.

It is understood that the ‘Melisa’ hitmaker will take the mic at halftime to thrill fans with some of his hit songs.