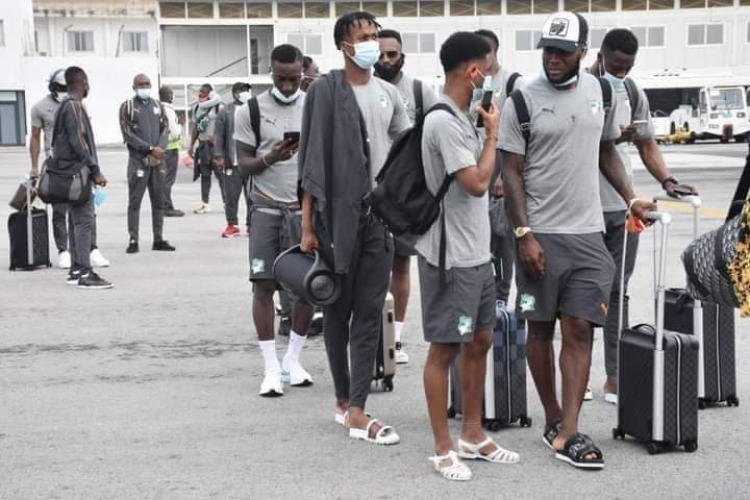 The senior national of Ivory Coast, the Elephant of Cote d'Ivoire have safely arrived in Ghana for their international friendly against the Black Stars.

Ghana will host their West African neighbours at the Cape Coast Stadium on Saturday.

The game has been scheduled to kick off at 17:00GMT.

Ghana will be hoping to make amend after losing to Morocco in their first friendly game on Tuesday in Rabat.

Thomas Partey, Mubarak Wakaso and Tariqe Fosu who missed the game have all joined the camp of the Black Stars ahead of the game.

The last meeting between the two countries was at the 2015 Africa Cup of Nations final in Equatorial Guinea where Ivory Coast won 9-8 on penalties after extra time.

Both sides will use the game for a dress rehearsal for the 2022 FIFA World Cup qualifiers in September 2021.