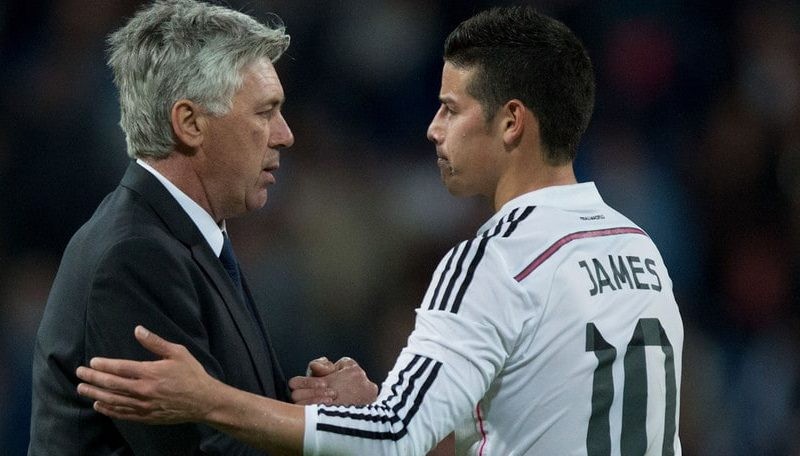 All roads appear to lead to Naples for James Rodriguez as the Colombian seems destined to be reunited with Carlo Ancelotti at Napoli next season.

The Italian is the one who has gotten the best performances out of the 27-year-old during their time together at Real Madrid. Arriving after the 2014 World Cup, James played 46 times for Los Blancos, scoring 17 and assisting an impressive 18 more.

James thinks of Ancelotti as the godfather of European football, and he has no doubts that he could get back to his best working with the 60-year-old after his season of ups, downs and injuries under Niko Kovac with Bayern Munich.

It was also Ancelotti who was in charge at Bayern when the Colombian agreed to move to the Bundesliga.

Napoli are getting into gear

The Colombian’s contract at Real Madrid will run until June 2021 and he earns seven million euros a year, which is a figure that he’s not keen to reduce.

But Napoli have put an offer on the table in recent days that would see him sign until 2024, although it would be for a lower salary in order to comply with their limits.

Nothing has been accepted in Madrid though. Despite it being clear that James has no place In Zinedine Zidane’s squad, the club are still weighing up the idea of using him as a makeweight in a move for Paul Pogba this summer.

All of the cards are on the table and James’ future doesn’t look so dark. Discussions will get underway soon, but for now he’s focussing on national duty with the Copa America being played in Brazil this summer.