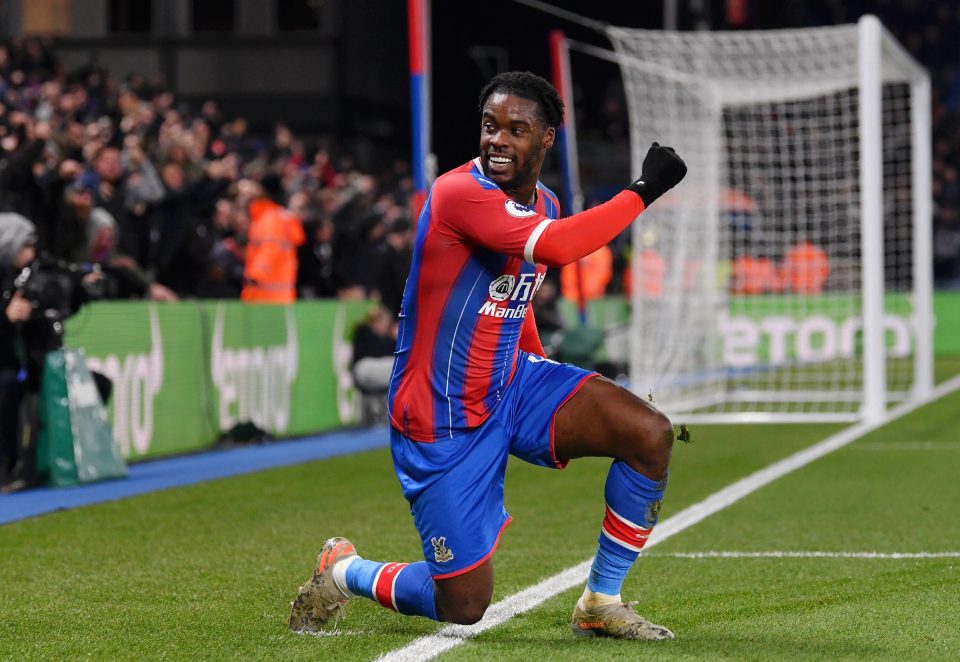 There have been a lot of questions about what Jeffrey Schlupp's best position on the pitch really is.

And after Sunday's fine Premier League performances against Tottenham Hotspur in which he capped his day in an unusual right-wing position with a crucial equaliser to ensure a 1-1 home draw at Selhurst Park, the debate seems to have been fuelled evermore.

Born in Hamburg to Ghanaian parents, the 27-year-old started his career as a striker. Indeed it was during his time as a striker that he earned a one-week trial with Manchester United.

He has since had spells at left-back, left midfield, right midfield, central midfield and even on the wings in outings scattered around various clubs he has played for and his national team, Ghana.

This season, the Leicester City youth product, who won the Premier League with the club in 2015, has largely spent time playing at left midfield for Palace.

On Sunday, however, he was deployed on the right wing, complementing Eberechi Eze's runs on the opposite side of the pitch.

Roy Hodgson's decision turned out to be a masterstroke as the Ghanaian put up a good display and fetched his club an all-important equaliser on 83 minutes after Harry Kane had given Tottenham a 23rd minute lead.

"I don’t know about the most versatile [player I've managed] but he’s up there [among the best], of course," Hodgson told pressmen, as reported by his club's official website ahead of Wednesday's league draw with West Ham United.

"We’ve never really seen him as an out and out defender. I know he had a couple of spells before I came as a full-back and even once or twice during my time as a full-back.

"But we’ve never thought of him long term as a defender. We regard him as an attacking player which means he plays across the midfield, which he’s more than capable of doing.

"At the moment he’s playing on the right side and able to cut in on his left foot because we want [Eberechi] Eze to do the same thing on the other side but I could quite easily switch those two over. I don’t think it would make a vast difference to our game.

"I’m just pleased for him after spells of injury… he seems to be in a good place. He’s not injured, he’s certainly in good form and all the skill of Jeffrey Schupp is still there."

Owing to tactical reasons, Schlupp was left on the bench for the 1-1 draw with West Ham in midweek but he would hope to make a quick return to the starting XI when The Eagles host Liverpool on Saturday.

Where he would be deployed, should he be picked by Hodgson, against the league leaders is anyone's guess.