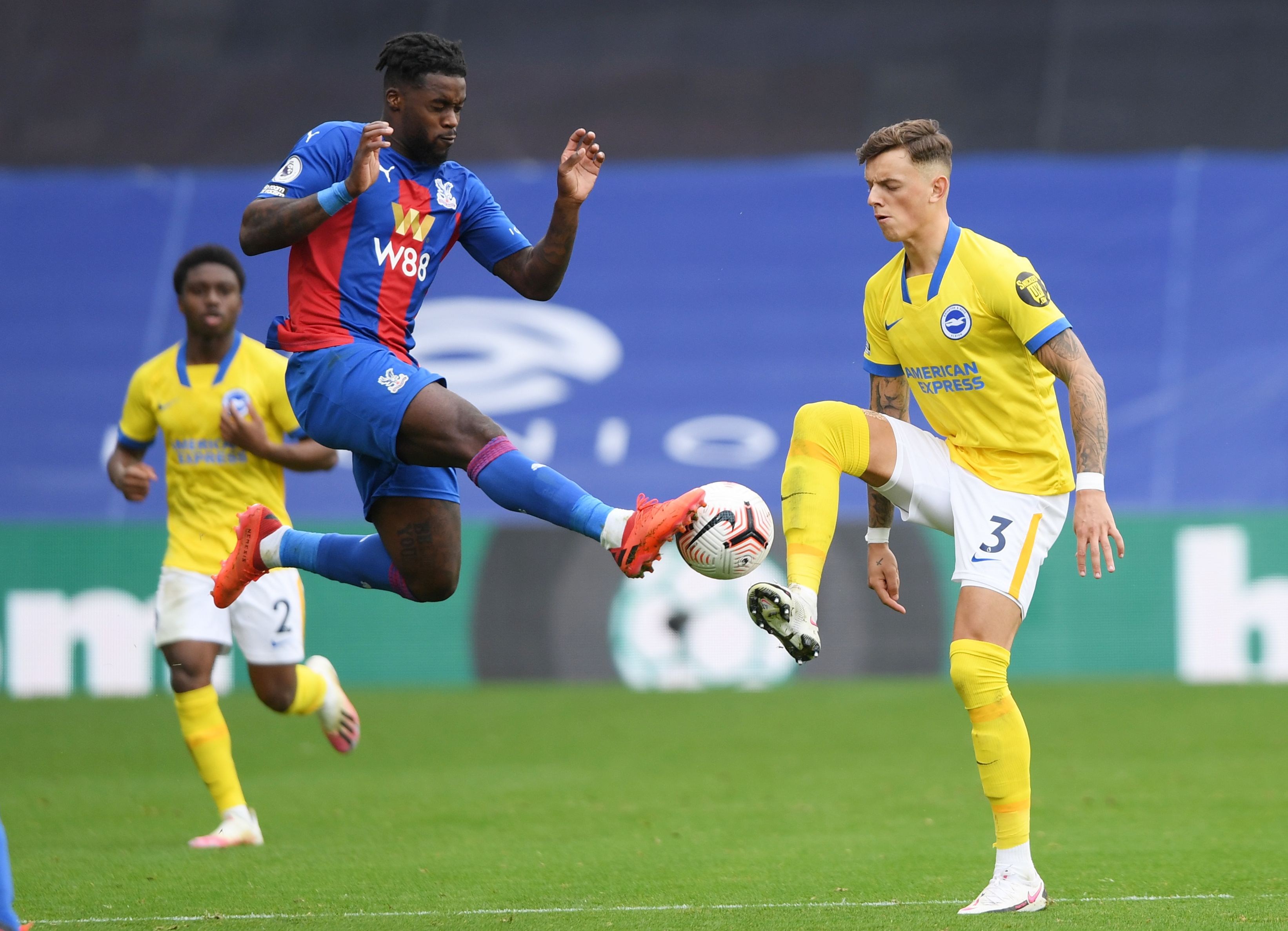 Ghana international Jeffrey Schlupp was in action on Sunday afternoon when Crystal Palace drew 1-1 against Brighton & Hove Albion in the English Premier League.

The Eagles have had an inconsistent start to the 2020/2021 football season in England but managed to defeat Manchester United prior to the last international break.

Returning to action after the break, Crystal Palace hosted Brighton at the Selhurst Park today. On the matchday, Jeffrey Schlupp started for the home team and displayed decent form.

At the end of the game, Wilfried Zaha’s first-half equalizer was canceled out by a late strike from Alexis Mac Allister to force both teams to settle for a draw.

Jeffrey Schlupp lasted 88 minutes of the encounter while his compatriot Jordan Ayew missed the game after testing positive for the Coronavirus disease.