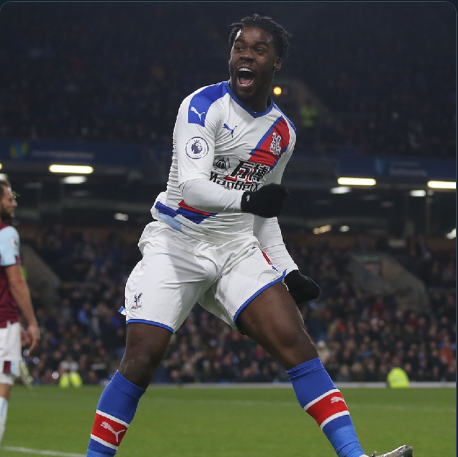 Ghanaian international Jeffrey Schlupp found the back of the net on Saturday afternoon to help his Crystal Palace side post a 2-0 win over Burnley in the English Premier League.

The Eagles played as a guest to Burnley at the Turf Moor on match week 14 of the ongoing season and managed to put up a performance deserving of all 3 points.

Ivorian winger Wilfried Zaha opened the scoring for the winners in the dying minutes of the first half after dominating play for the most part of the half.

The striker went on a solo run and fired in a well-struck shot into the bottom left-corner which beat goalkeeper Nick Pope.

In the second half, Jeffrey Schlupp who started the match on the substitute bench was introduced to replace Andros Townsend.

He got on the scoresheet on the 78th minute after pouncing on a loose ball inside Burnley’s penalty area to cement the victory for Crystal Palace.

Jeffrey Schlupp’s compatriot Jordan Ayew lasted 82 minutes of the match before his place was taken by Belgian striker Christian Benteke.

The two Ghanaian impressed throughout the minutes they spent on the field of play.