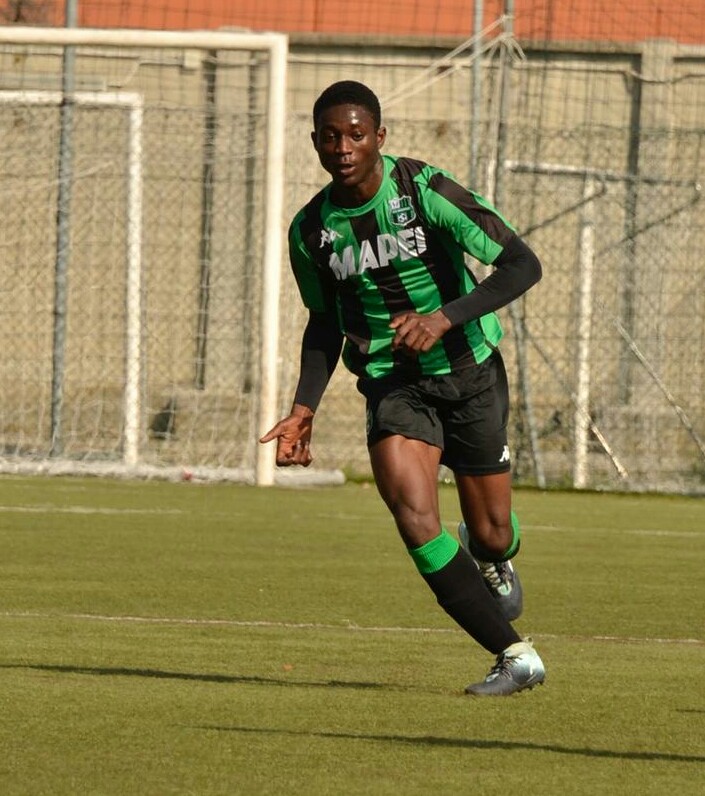 Ghanaian teen Jeremiah Rudolf Boakye scored for Sassuolo as the Mapei club defeated Livorno in the Italian U16 youth league.

Jeremiah scored the second goal in the 56th minute of the game that saw Sassuolo’ secure a comfortable 3-1 victory over Livorno in the U16 division.

Boakye, who missed the first six matches owing to an injury he sustained prior to the commencement of the season played 70 mins in his first game against Empoli last week.

The 16-year-old forward had previously excelled as an athlete representing Italy at the juvenile level, but elected to pursue his dream in football despite pressures from the Italian Athletic Federation to pursue a career in track and field.

The young Ghanaian signed for Sassuolo at the tail end of last season and bagged three goals in five games.

His tremendous pace and guile on the ball make him a nightmare for opponents who occasionally have to double up on him to enervate his threat.